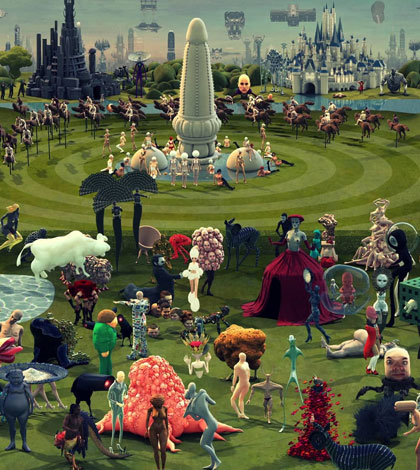 The Garden of Earthly Delights re-imagined and animated with a modern twist for a recent art exhibit celebrating 500 years of Hieronymus Bosch.

The MOTI Museum in The Netherlands recently celebrated 500 years of Hieronymus Bosch with an exhibit called New Delights. The museum commissioned a company called Studio Smack to produce a massive 4k video installation. The result is Paradise, an animated, modernized, and mesmerizing contemporary take on the middle panel of Bosch’s triptych known as The Garden of Earthly Delights.

“In their latest work,” the press release states, “the group cleared the original landscape of the middle panel of Bosch’s painting and reconstructed it into a hallucinatory 4K animation. The creatures that populate this indoor playground embody the excesses and desires of 21st century Western civilization. Consumerism, selfishness, escapism, the lure of eroticism, vanity and decadence. All characters are metaphors for our society where loners swarm their digital dream world. They are symbolic reflections of egos and an imagination of people as they see themselves – unlike Bosch’s version, where all individuals more or less look the same. From a horny Hello Kitty to a coke hunting penis snake. From an incarnate spybot to headless fried chickens.”

“These characters, once precisely painted dream figures, are now digitally created 3D models. All of them have been given their own animation loop to wander through the landscape. By placing them altogether in this synthetic fresco, the picture is never the same. What the animation and Bosch’s triptych have in common is that you’ll hardly be able to take it all in, you can watch it for hours.” 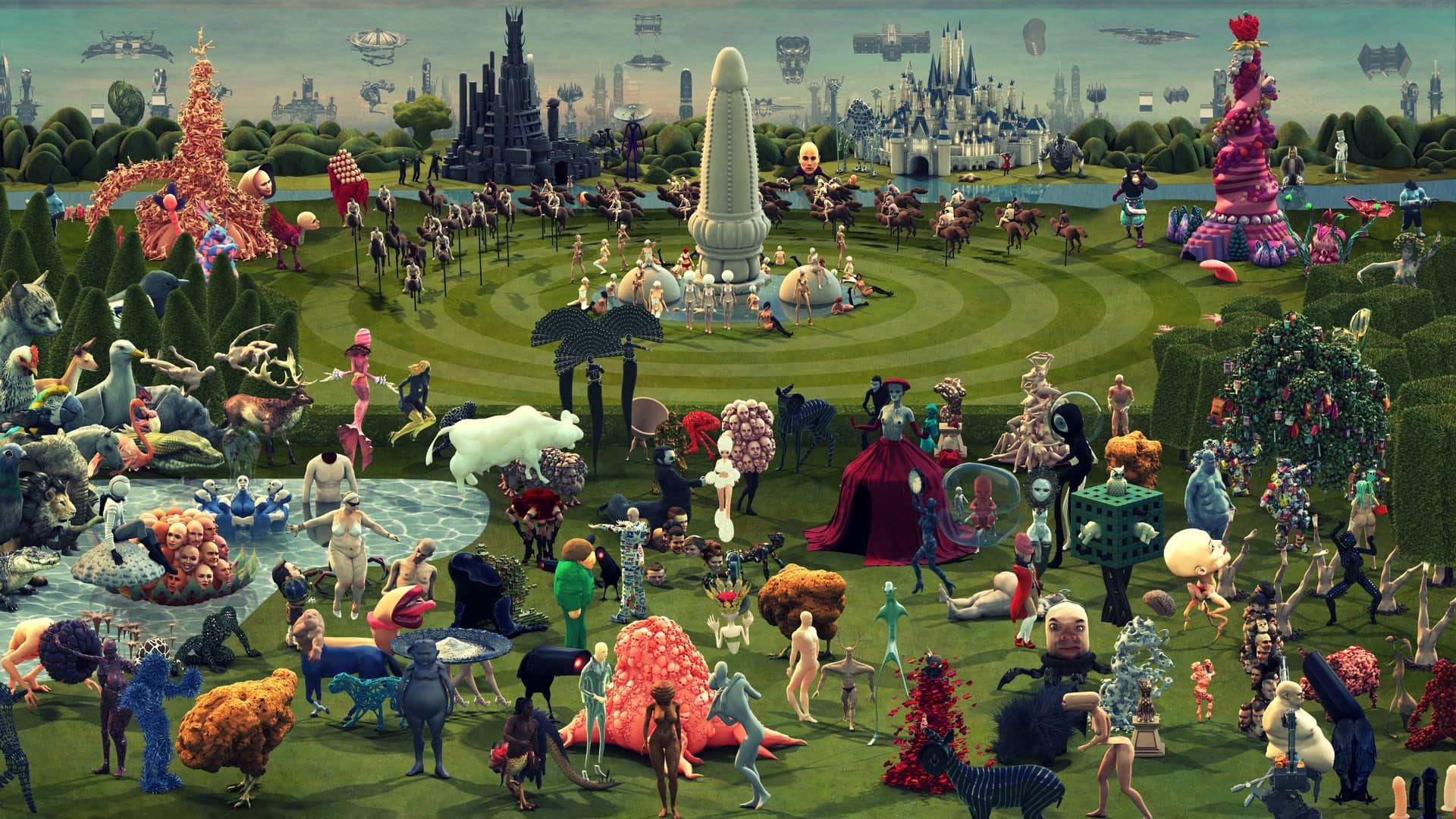 The New Delights exhibit ran until December of 2016, but Studio Smack says “don’t worry, it will pop up again somewhere.”

It’s not a straight re-creation of Bosch, but more a kind of knowing satire of Disneyworld. It’s actually quite like a theologian’s idea of Hell: “People are walking about –enjoying themselves! Oh, the horror …”