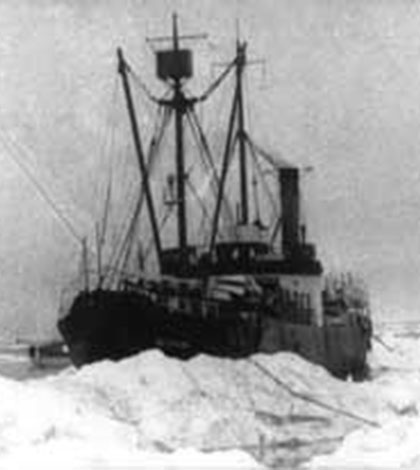 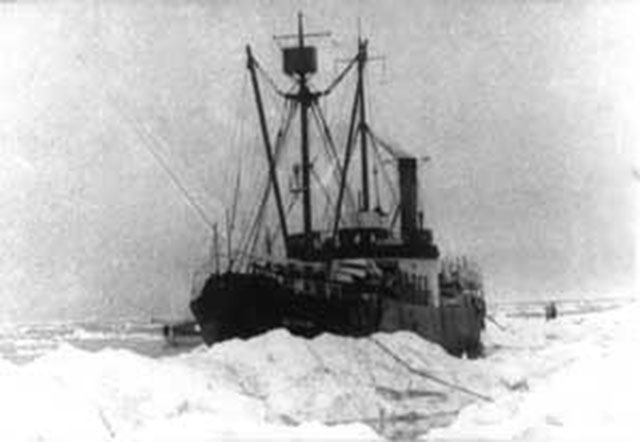 Built in 1914, the SS Baychimo was a 1,322 ton cargo steamer used for Inuit pelt trading in Alaska. In 1931, after becoming trapped in pack ice, it was abandoned and left for dead. The captain believed the storm had caused too much damaged, and the Baychimo was doomed to sink.

That was only the beginning of a 38-year history for what has become one of the sea’s most mysterious ghost ships. The ship was sighted numerous times over the years, often eluding capture as if under control by an unseen crew. Once, a group of Inuits managed to board the ship, but became trapped there for ten days by a storm.

The ship was last seen frozen in ice in 1969. Despite a search for it in 2006, it has never been seen again and no wreckage has been found.

Read about the enduring mystery of the SS Baychimo ghost ship over at Mysterious Universe here: The Mysterious Ghost Ship of the Arctic