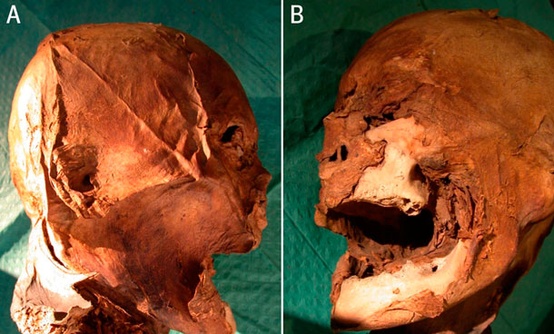 The head of the embalmed French king Henry IV, who died in 1610, disappeared after revolutionaries ransacked and desecrated his grave in 1793. The head was finally tracked down to the attic of a French pensioner in January 2010. The excellently preserved head include identifying marks such as an earring hole in the right earlobe and a facial scar from an assassination attempt in 1594.

A DNA match was made in 2012 to further confirm the identity of the head. Tissue samples from the head were compared to the DNA of King Louis XVI, whose blood was soaked up with a handkerchief and stored in a gourd to celebrate the French Revolution following his beheading in 1793.

The head of King Henry IV was reinterred with his body in the Cathedral Basilica of Saint Denis after a national Mass and funeral in 2011.

Has anyone looked info why this French pensioner had this?