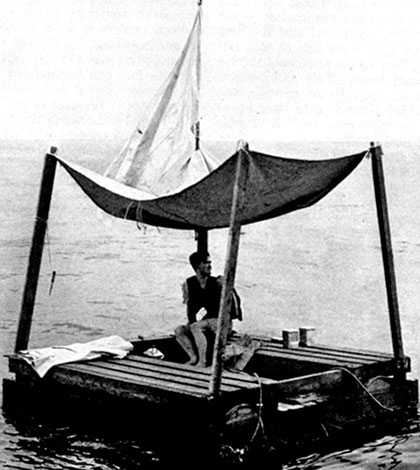 Poon Lim survived in a raft at sea for 133 days by fishing, swimming for strength and drinking the blood of seagulls when rain was sparse. 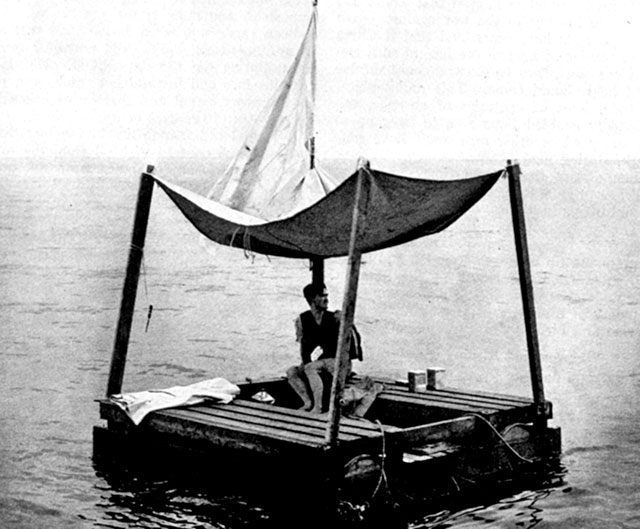 Holding a world record for survival at sea is a recognition few would likely be excited about or set out to achieve.

Poon Lim was a second steward on the British merchant ship S.S. Ben Lomond. The vessel was torpedoed by German U-boat U-172 on November 23, 1942. The ship began to sink fast, so Poon Lim tied on a life jacket, leaped overboard and swam away as quickly as possible. Soon the ship’s boilers exploded and it sank into the Atlantic.

Lim was the sole survivor.

He managed to build an 8-foot raft out of timbers and scavenged some supplies, including biscuits and a jug of water. When these began to run out, he began using his life jacket to collect rain water, and fashioned a fishing hook from an electric torch wire. He kept himself strong by swimming every day when there were no sharks in sight. When rain was sparse, he learned to catch seagulls and drink their blood to stay hydrated.

While there were several near rescues, Poon Lim ended up drifting at sea for 133 days. He knew he was near land when he noticed the water had changed color from the deep blue of the ocean to a faded green. Lim was rescued on April 5, 1943 by fisherman in Brazil. He had only lost 20 pounds and was able to walk unaided.

This man was a beast! Drinking the blood of seagulls to stay hydrated? Hardcore.