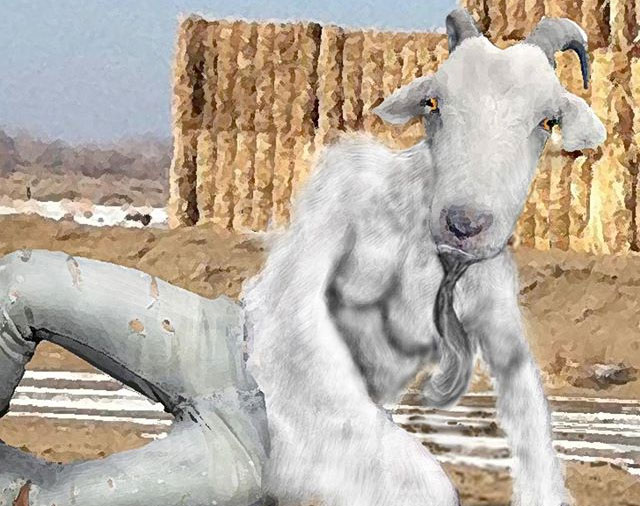 Goatman Comics main premise is one of self-discovery, as the title’s titular monster roams the countryside, battling other cryptozoological oddities in an attempt to understand what he is. The premise is bare-bones, and nothing terribly original, but even the most pedestrian of stories can be essential if executed properly, and Goatman Comics is executed about as well as anything I’ve ever read.

Each panel drips with a sincere love for Goatman and his supporting cast, and hints at Vargulish’s delightfully misspent youth in front of fuzzy returns of Leonard Nimoy’s In Search Of… with a fat stack comic books lying within arm’s reach.

The art and layout is probably the crudest I’ve ever seen in any comic book, yet it adds to the experience. Vargulish’s art is reminiscent of high school math class doodling, that is to say, it manages to be “teenage” in the most charming of ways. Not since Joey Ramone sang “Needles and Pins” has something so simple and youthful been so completely entertaining. If this comic was a song, I’d definitely sing along.

Despite Goatman Comics being published by Vargulish himself, the title was recently cancelled with issue #11, citing a lack of time and resources. However, Varglulish promises Goatman will return in mini-series and one-shot specials. 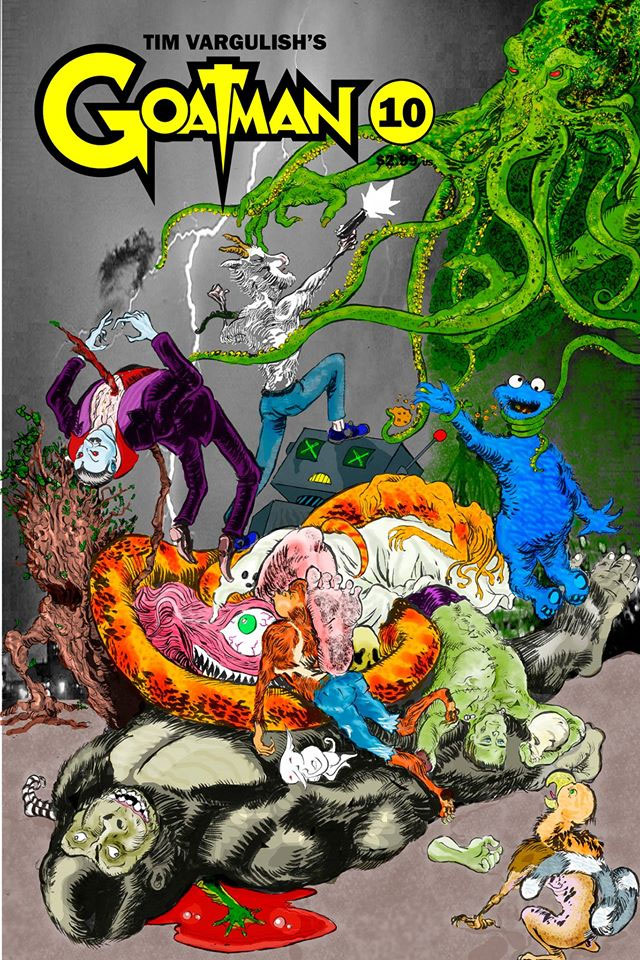 Even though the comic is now cancelled, never fear. The entire series can be purchased by emailing Vargulish at tvargulish@gmail.com with the subject line “Goatmail.” Get your copies now, before, just like Goatman, they shamble off into the shadows. Collect them all. You won’t be disappointed.

Goatman doing the sexy pose on the beach is one of the two 100 greatest images ever rendered.