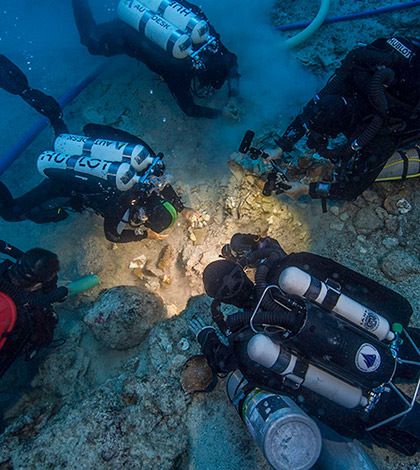 Ancient skeletal remains that may still contain DNA have been uncovered at the site of the Antikythera shipwreck in Greece. 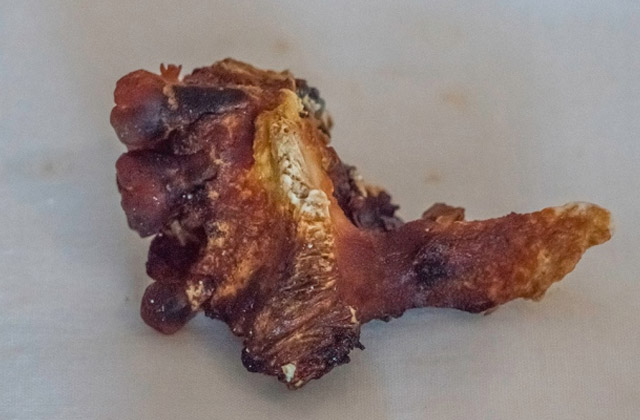 A skull fragment with three teeth found in the Antikythera shipwreck

Nature News is reporting a significant find at an ancient shipwreck site near the Greek island of Antikythera: 2,000-year-old human remains preserved under sand and pottery shards.

Discovered in 1900, the wreck has yielded numerous artifacts over the years, including the Antikythera mechanism, an intricate clockwork device used to model the motions of the Sun, Moon and planets to accurately predict celestial events. The first human remains were found in 1976, when an excavation conducted by Jacques Cousteau turned up the scattered bones of at least 4 individuals.

The newly discovered skeleton, uncovered on August 31st, consists of a partial skull, two arm bones, several pieces of ribs, and two femurs that appear to belong to a single individual. Both petrous bones, which are known to preserve DNA better than other bones, were found among the skull fragments. Scientists are hopeful that it may be possible to extract genetic material, which would be a first for such ancient remains.

The bones have been stained red by oxidizing iron fragments, leading researchers to believe the individual may have been a slave shackled inside the ship when it sank.