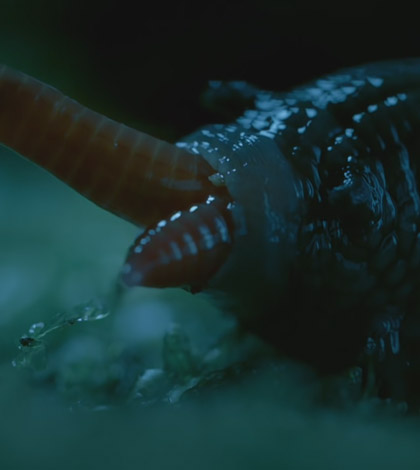 The giant carnivorous Powelliphanta Snail of New Zealand slurps up and devours an earthworm in this clip from BBC Earth. 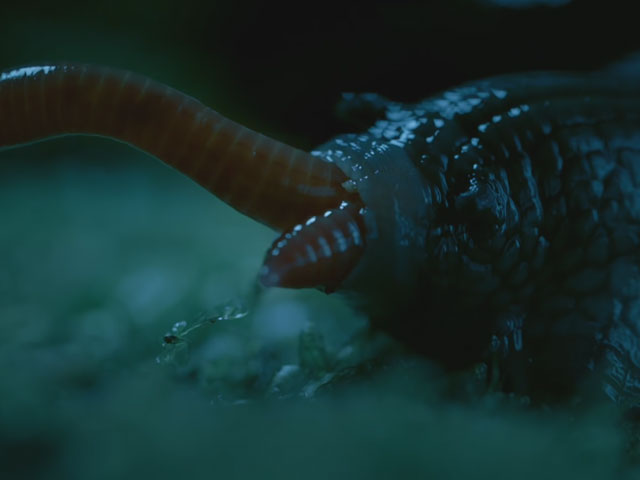 “When the air itself becomes saturated and the temperature is just right, rare giants start to emerge,” the narrator says in the beginning of this clip. The “rare giant” here is the fist-sized Powelliphanta Snail found only in New Zealand.

Not only is this snail big, it’s also carnivorous. The Powelliphanta’s diet consists mainly of slugs and earthworms. It sucks them in and uses it’s radula (a tongue-like strip consisting of 6,000 teeth) to shred it’s prey.

I haven’t been this horrified by something so harmless in appearance since I learned about Hawaii’s carnivorous caterpillars.