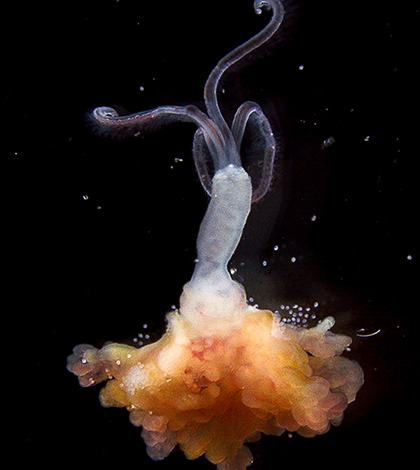 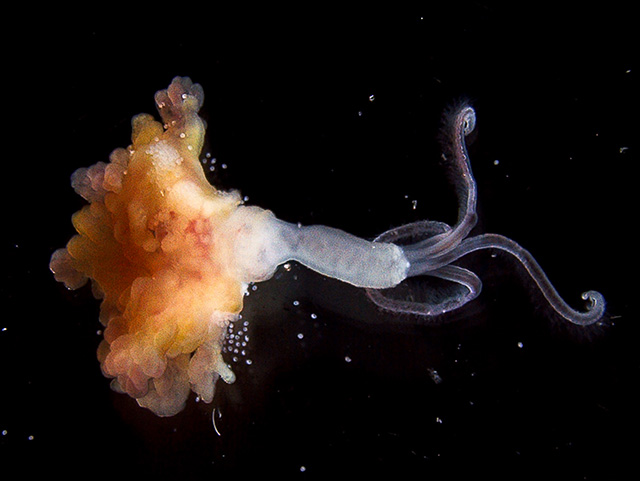 There is no shortage of weird and horrific creatures living in the isolated depths of the Earth’s oceans. The genus Osedax, discovered in 2002, certainly falls into that category.

Commonly called the bone worm, zombie worm, or bone-eating snot flower, Osedax devour the carcasses of whales by secreting acid to dissolve the bone. The male worms are microscopic, living their entire lives in a harem of hundreds inside the female. They reproduce continuously.

A recent discovery at a depth of 2,296 feet, however, has revealed a new species of bone worm produced as a result of males escaping the confines of their female host and growing full-size. Researchers are calling it a rare example of “evolutionary reversal” in the animal kingdom, because the genes required to produce full size adult males should have deteriorated due to disuse.

This new species of male bone worm has evolved into a tool to accomplish a single purpose – mating. They are able to extend their bodies up to ten times their contracted size to reach distant females.

They have been dubbed Osedax priapus, after the mythical god of fertility.