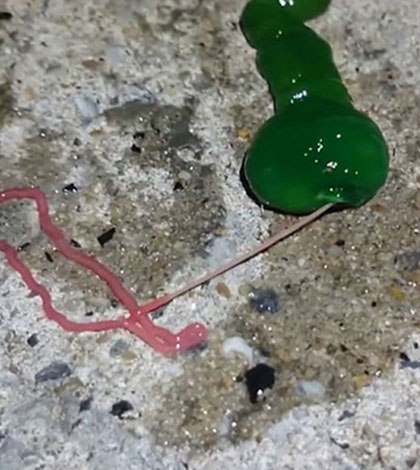 What is that freakish green hellspawn? While the mysterious green worm captured on video in Taiwan has been identified, it is still pretty damn horrific. 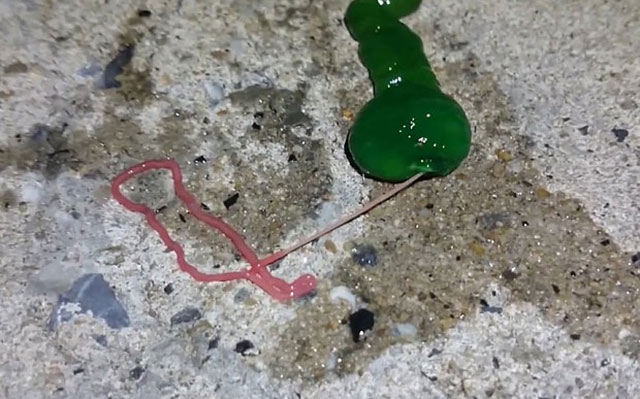 This freakish green worm has been horrifying the Internet since it was posted online by Wei Cheng Jian on June 1st. He was fishing in a port of Penghu in Taiwan when he spotted the bright green abomination with its long pink tongue.

In the following days the “green slime snake” squirmed its way in everyone’s nightmares.

But, as it turns out, the creature is quite the soul-swallowing hellspawn it appears to be. It’s actually a ribbon worm, a mostly sea-dwelling nemertean that can range in size from 7.9 inches to 177 feet.

Yeah, that’s a proboscis. It is used to ensnare the worm’s victims in order to swallow them whole. Depending on the species, the proboscis can either inject poison into its prey, or anesthetize it so the worm can eat it from the inside out.

via Telegraph and National Geographic