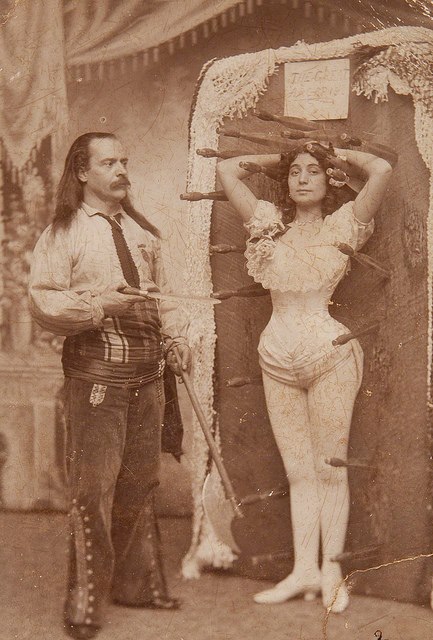 Vintage photo of a knife thrower and his lovely, trusting assistant.

This is Signore Arcaris, aka Gustav Arcaris (Arcari in the original Italian spelling). He emigrated from Italy to England in the early 1890s, before coming to the US in the mid 1890s. He toured with Barnum & Bailey for a while, and later with other circuses, and also as a single act. He retired in the late 1920s. He was my aunt’s grandfather. The girl in the photo is often referred to as his “sister”, but that has not been confirmed and probably is not correct.