“Chrysalis” was sculpted by legendary naturalist and taxidermist Carl Akeley in 1924. The bronze piece depicts a man (who resembles Akeley himself) emerging from the skin of a gorilla. The image sparked controversy in religious circles at the time for its implications of evolution. Akeley defended his work, stating that “Chrysalis” was not a statement on evolution, but rather that he intended it to express his belief that gorillas, seen as nothing more than animals by many at the time, are no more beastlike than humans.

While collecting mountain gorillas for his work at the American Museum of Natural History, Akeley made observations that fundamentally changed his attitude toward the species. Opposed to hunting them for sport or trophies, he worked to establish a gorilla preserve, which eventually became Africa’s first national park. 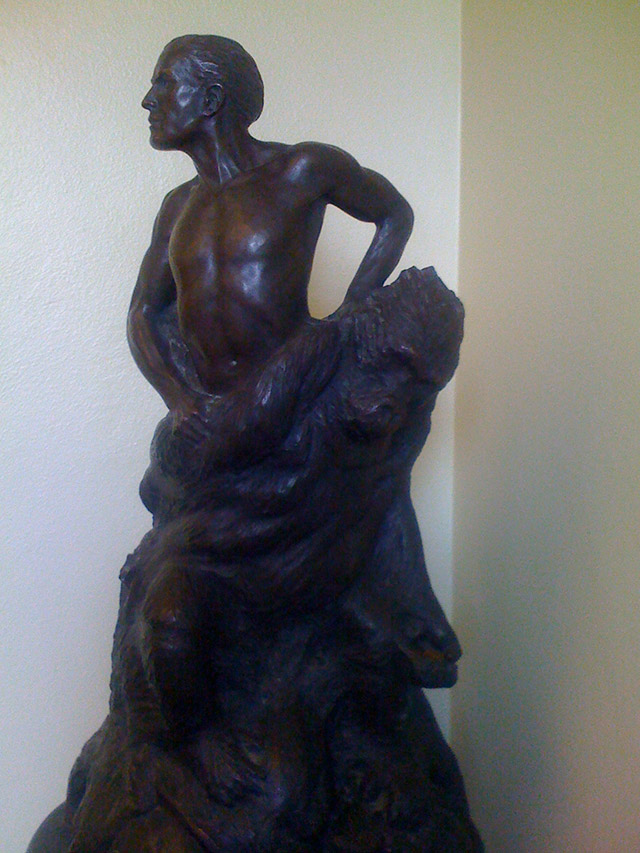