Mummy Brown: Painting with the Dead

Mummified human remains were once the primary ingredient of a popular pigment used by Pre-Raphaelite artists.

In a 1964 Time Magazine article, the managing director of London color maker C. Roberson said “We might have a few odd limbs lying around somewhere, but not enough to make any more paint.” Once a popular pigment for its tone and transparency, Mummy Brown eventually vanished due to a shortage of its primary ingredient…human remains.

Egyptian mummies became highly sought after in the 16th century for medicinal purposes. Tombs were regularly plundered for the ancient, preserved corpses they contained.

As recently as 1908, Mummia was still being sold as a cure-all to be rubbed on topically or dissolved in water and swallowed. It contained the ground up remains of mummies, which were commonly believed to contain a mysterious life force able to heal any ailment once ingested. 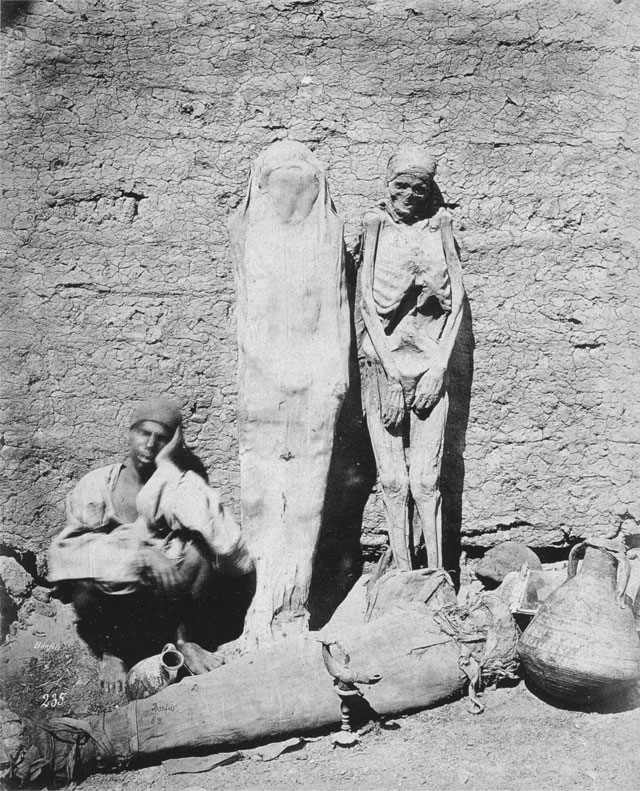 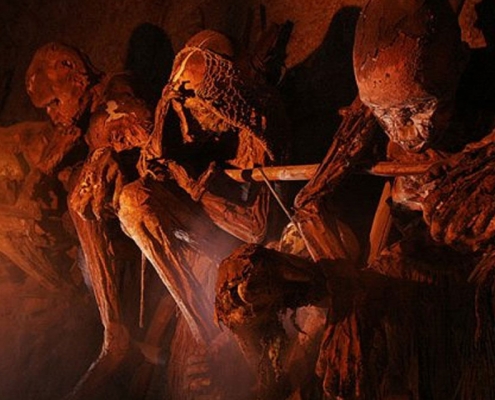 The Anga tribe of Papua New Guinea roast their dead to mummify the remains of their ancestors.

Mummies started finding their way into paint in the early 1700s. Mixed with white pitch and myrrh, Mummy Brown was a rich brown pigment that became highly sought after despite numerous inferior technical qualities. In 1849, it was described as “quite in vogue.”

Mummy Brown began to lose favor when it the origins of the color became known. In the biography of artist Edward Burne-Jones’ widow, she describes a funeral for a tube of the paint after the artist learned it was truly made with mummies. Still, Mummy Brown remained in use until the supply of preserved remains ran dry in the 20th century.

Though Drölling’s work above is one of the most well-known paintings to use Mummy Brown, it is believed his paint was not made from Egyptian mummies, but rather from the remains of French kings disinterred from the royal abbey of St. Denis in Paris. 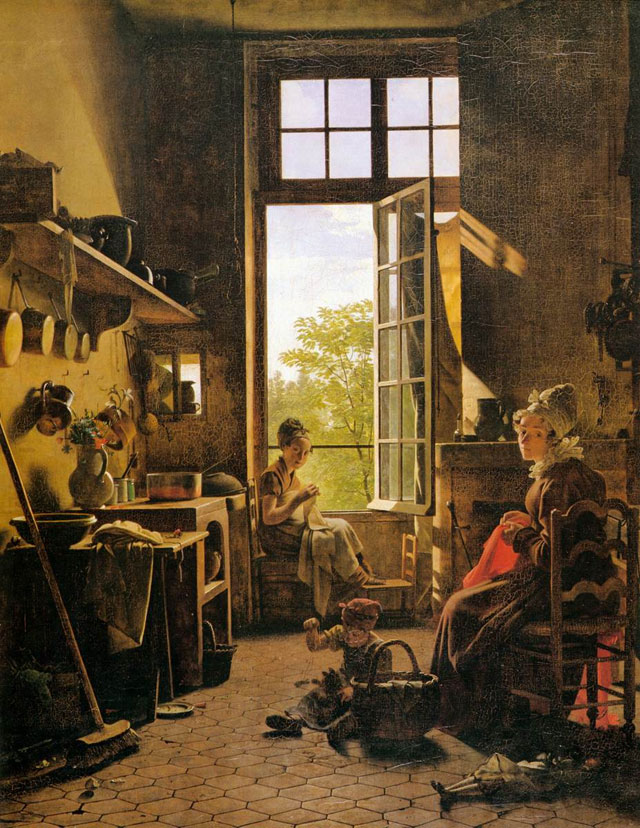 “Interior of the Kitchen” was painted by Martin Drölling in 1815 using Mummy Brown.