The grave of H.H. Holmes is being exhumed for DNA analysis to settle an old rumor that the Chicago serial killer escaped execution in 1896. 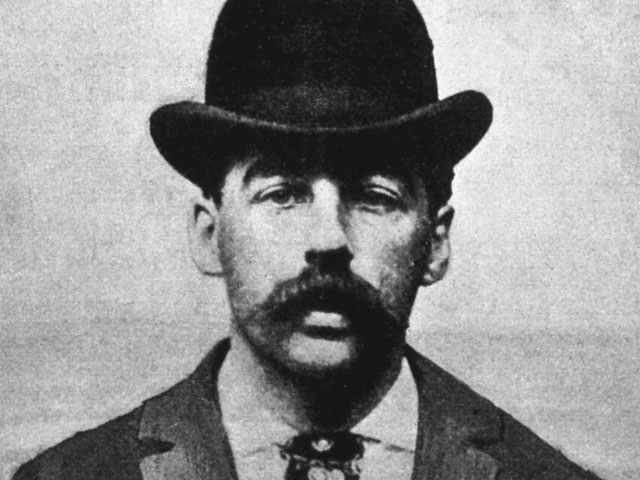 Herman Webster Mudgett, also known as H.H. Holmes, the notorious Devil in the White City, was hanged in the Philadelphia County Prison on May 7, 1896. Holmes was said to have killed as many as 200 people in his Chicago “Murder Castle” while stalking the city during the 1893 World’s Fair. He confessed to killing 27, some of whom were later found to be alive. Authorities believed he killed 9, but he was convicted and sentenced to death for only one murder.

A journalist for the New York Times was present for the execution, who recorded Holmes’ calm and “unconcerned” final moments. “Gentlemen,” Holmes said to those gathered to watch him die, “I have a very few words to say. In fact, I would make no statement at this time except that by not speaking I would appear to acquiesce in life in my execution. I want only to say that the extent of my wrongdoings in taking human life consisted in the deaths of two women, they having died at my hands as the result of criminal operations. I wish to also state, however, so that there will be no misunderstanding hereafter, I am not guilty of taking the life of any of the Pietzel family, the three children or father, Benjamin F. Pietzal, of whose death I am now convicted and for which I am today to be hanged. That is all.”

Afterwards, as the nervous hangman hastily prepared the execution, Holmes told him, “Take your time, don’t bungle it.” When asked if he was ready, Holmes responded, “Yes, goodbye.” The trap was sprung and he dropped. But his neck didn’t break. As reported by the New York Times, he twitched and convulsed for ten minutes before finally being pronounced dead.

The body was taken down about 30 minutes later and transported to the Holy Cross Cemetery. There, in the receiving vault, Holmes’s final wishes were carried out. “The lid of the coffin was taken off and the body was lifted out and laid on the ground,” the New York Times wrote. “Then the bottom of the coffin was filled with cement; the body was then replaced in the coffin and completely covered with the cement. It was Holmes’s idea that this cement would harden around his body and prevent any attempt at a grave robbery.”

Two watchmen guarded the coffin that night, and Holmes was buried the following day in an unmarked grave filled with another four barrels of cement.


According to some, Holmes didn’t die on the gallows, but instead perpetrated one last scam and made his escape. With the body encased in concrete, how could anyone ever know? A pamphlet published later in 1896 called Hanged by Proxy: How H.H. Holmes Cheated the Gallows was written by L. W. Warner, a man Holmes claimed to have murdered but was very much alive. Warner told a reporter in 1897 that a poor physician was hanged in place of Holmes.

A couple months later in Chicago Robert Latimer, another of Holmes’s alleged murder victims, told the Chicago Daily Inter-Ocean Holmes was alive and well, growing coffee in South America. Latimer didn’t believe Holmes had ever killed anyone. He claimed to have seen letters written by Holmes describing how he convinced the priests and guards caring for him in the days leading up to his execution that he was innocent. Latimer said the letters described how a substitute body had been hidden behind a partition below the scaffold. When Holmes was brought out, the guards formed a semi-circle around him, momentarily blocking the view of reporters while he and the hooded cadaver switched places.

Then, when the undertaker’s wagon carried the casket out of the prison, it was secretly carrying Holmes to freedom. By the time concrete was being poured over the corpse, Holmes was reading newspaper articles about his death in a New York hotel room, awaiting the boat that would take him to his new life.

Some believed Latimer’s story. “I knew the man,” G. A. Bogart, a jeweler down the street from Holmes’s castle, told reporters. “He was capable of carrying through anything in the way of a scheme or a swindle.” Critics of Latimer’s claims pointed out that in drawings made by newspaper artists present at the hanging, there was no partition beneath the scaffold where another body could be hiding. Also, witnesses described having seen the body convulse, which, of course, a cadaver would not do. And when the hood was removed afterward, it was unmistakably Holmes.

After 121 years of controversy, it seems Holmes’s descendants decided it was time to find out the truth. NBC Chicago reports that two of his great-grandchildren, John and Richard Mudgett, successfully petitioned the court to have Holmes exhumed to finally determine just who is buried in his grave. Digging started last week at the Philadelphia cemetery. After the remains are chipped out of the concrete, the Anthropology Department of the University of Pennsylvania will perform the DNA analysis.

The court order states that regardless of who is found to be buried in the grave, the body is to be re-interred in the same place within 120 days regardless of its identity, and “no commercial spectacle or carnival atmosphere shall be created either by this event or any other incident pertaining to the remains.” 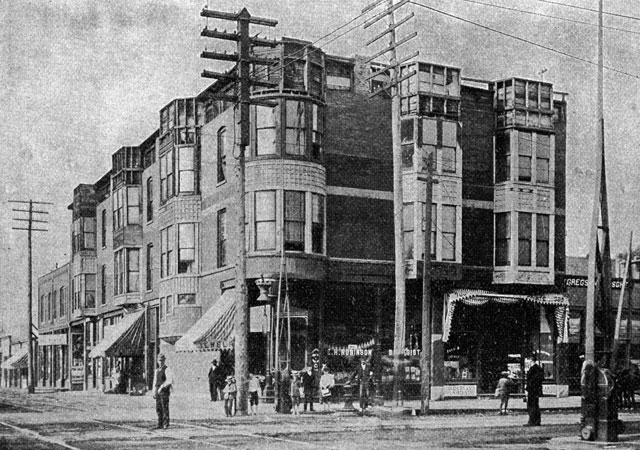 The “Murder Castle” of H.H. Holmes in Chicago

When they exhumed him they should see what they can do to compare DNA evidence from Jack the Ripper in. Envelopes etc. As I believe Holmes was in the same vicinity of London at the same time as Jack. Holmes has the motive, skills that Ripper had.
C Graham