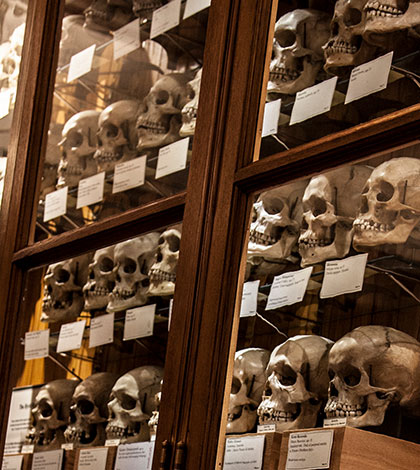 Philadelphia’s Mütter Museum is offering the chance to help preserve the skulls from the 150+ year old Hyrtl collection.

The collection, on display at the Mutter Museum, consists of 139 skulls collected by Viennese anatomist Joseph Hyrtl in the 1800s. Hyrtl was working to debunk phrenology, a popular pseudoscience at the time that claimed mental processes were handled by separate organs making up the brain. He collected skulls from executions, suicides, and at least once hired grave robbers to gather specimens for his research.

Though gruesome and barbaric by today’s standards, this now provides us the unique opportunity to adopt the skulls of prostitutes, robbers, gypsies, and people who gave up the ghost in bizarre ways, such as a man who died of “self-inflicted removal of testicles” and a tight rope walker who broke his neck.

Hyrtl, whose collection may once have included the skull of Mozart, sold his skulls to the Mütter Museum in 1874. 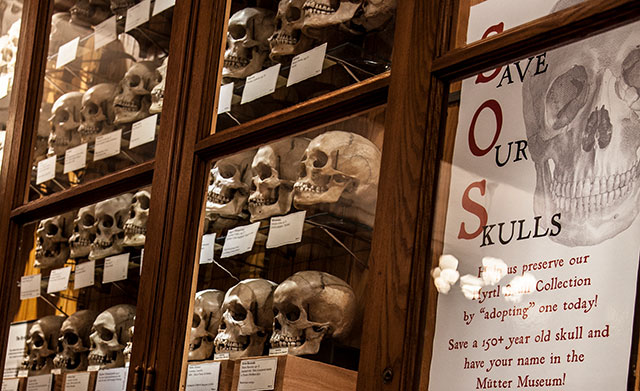 The collection is being damaged by the footsteps of visitors vibrating through the original cast iron mounts.

You can adopt one of these skulls for $200, which helps pay for the initial cleaning, repair and remounting of your chosen skull. It will also get you a plaque with your name beside the skull for a year.

Get more info and browse the skulls available for adoption here: Save Our Skulls 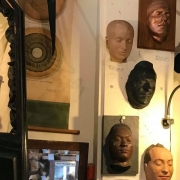 I Got a Plush Megacolon for my Birthday 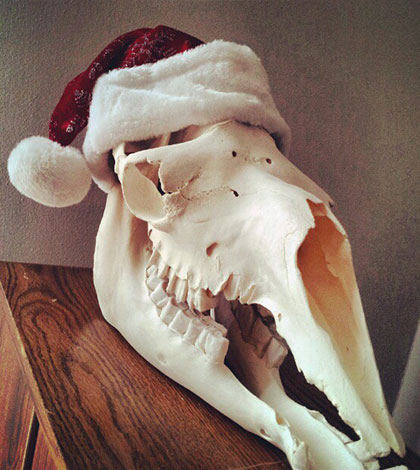