A new edition from Curious Publications of the 1864 book created to expose the “absurd follies of spiritualism” by demonstrating how the senses can be deceived into seeing ghosts. 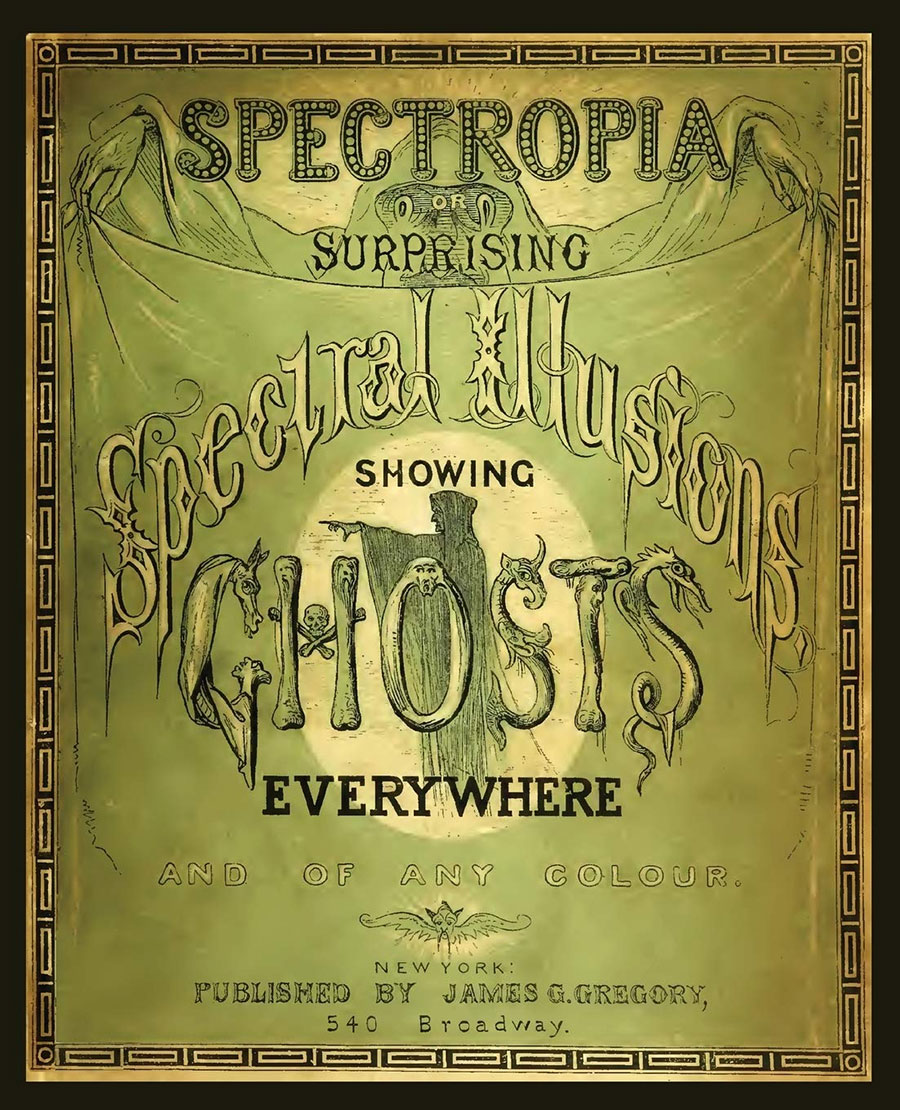 The popularity of Spiritualism, the belief that the living can communicate with the dead, had reached an all-time high by 1864 when J. H. Brown published Spectropia.

Though Spiritualism had started years earlier in the home of the Fox sisters in Hydesville, New York, the Civil War brought death in multitudes to the doorsteps of countless American families. Spiritualism offered comfort for the grieving – not only were their loved ones still among them, but through spirit mediums and seance, they could actually communicate with them.

Levitating tables, mysterious knocking on the walls (spirit rappings) and even the emergence of ectoplasm from the mouths of mediums, served to convince the general public that the dead were reaching out to them from beyond the veil.

Not everyone was convinced, however, and many approached the seemingly miraculous conjurings of spiritualists with a more critical eye.

When Spectropia was first published, it would still be more then two decades before Maggie Fox would confess to the methods she and her sister Kate used to convince their neighbors that they were communicating with the spirit of a man who was murdered in their house.

“It is a curious fact that, in this age of scientific research, the absurd follies of spiritualism should find an increase of supporters,” J. H. Brown notes in his work.

He created Spectropia to demonstrate how easily the eye can be deceived, using illustrations of apparitions, skeletons and witches to create simple illusions.

Now, Curious Publications has faithfully reproduced Brown’s work in a new edition featuring a forward by Weird Historian Marc Hartzman so that you, too, can see ghosts from the comfort of your own home. 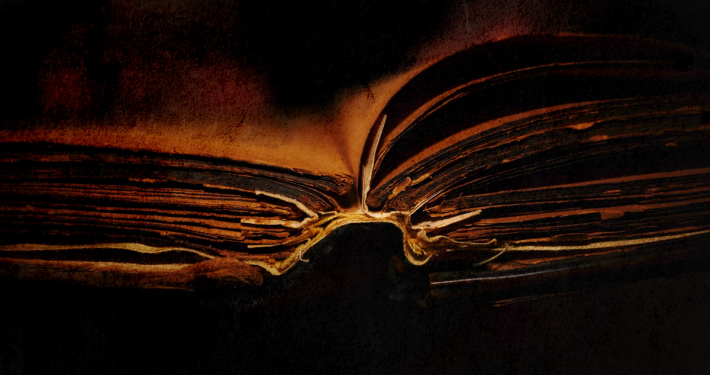