John Lennon was photographed signing an autograph for his murderer, Mark David Chapman, just hours before his death. 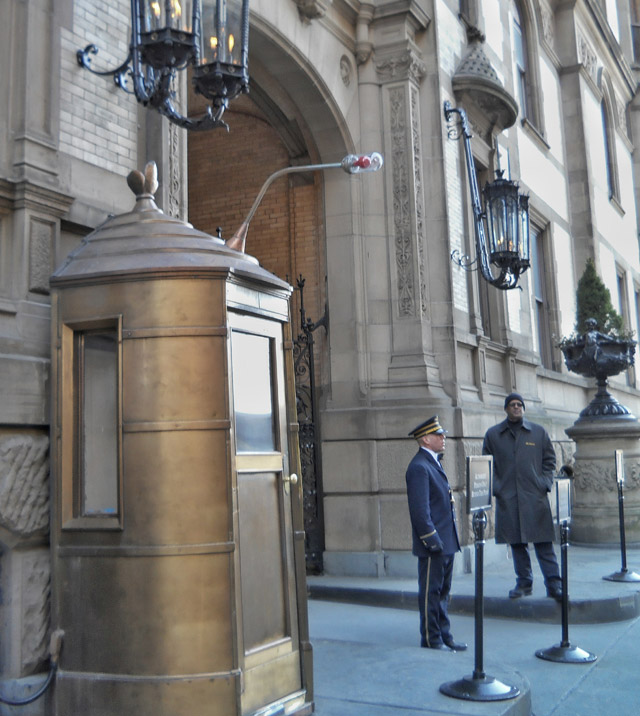 The entrance to the Dakota, where John Lennon was shot

John Lennon was gunned down here at the entrance of the Dakota in New York City 40 years ago on December 8, 1980.

The shooter was a 26-year-old disillusioned Beatles fan named Mark David Chapman, who had been planning the murder for three months.

On December 8th, he spent most of the day waiting near the entrance of the Dakota.

He had met Lennon’s 5-year-old son Sean, who was out on a walk with the housekeeper, and shook his hand.

Later in the afternoon, Lennon left the building for a recording session. Chapman stopped him, asking him to sign a copy of the album Double Fantasy.

This moment of John Lennon signing his final autograph for the man who would kill him a few hours later, was captured on film by photographer Paul Goresh. 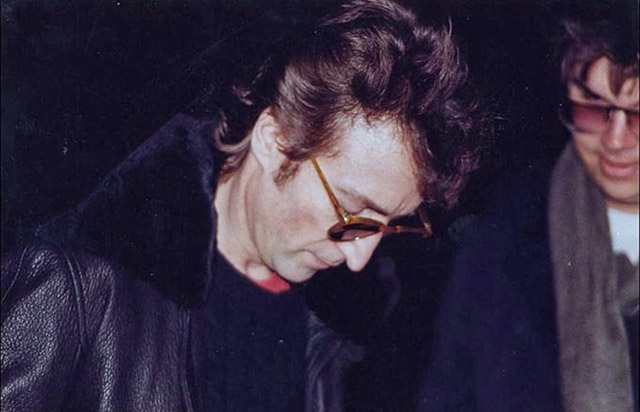 John Lennon signs an album for his killer just hours before he was gunned down. Photo by Paul Goresh.

Chapman was still waiting when Lennon returned home that night.

The musician was walking through the large arched doorway to go inside the building when Chapman opened fire from the street.

He shot Lennon four times in the back, then stood at the scene as Lennon died, reading J.D. Salinger’s Catcher in the Rye until police arrived and arrested him.

Inside the book, he had inscribed the words “This is my statement” and signed it “Holden Caulfield,” the name of the protagonist and narrator of the story.

Chapman told authorities he murdered John Lennon because he was angered by the feeling that Lennon was “phony,” a man who preached “imagine no possessions” but had accumulated millions.

He also said he was upset by Lennon’s statement that the Beatles were more popular than Jesus.

But mostly, Chapman just wanted notoriety for killing someone famous.

He had considered killing other celebrities, including Johnny Carson, Elizabeth Taylor, Jacqueline Kennedy Onassis and Ronald Reagan. He settled on John Lennon because he was more accessible.

“I made a horrible decision to end another human being’s life, for reasons of  selfishness,” Chapman told a parole board in 2010. “I felt that by killing John Lennon I would become  somebody and  instead of that I became a murderer, and murderers are not somebodies.”

Chapman became eligible for parole in 2000, and has since been denied 11 times. 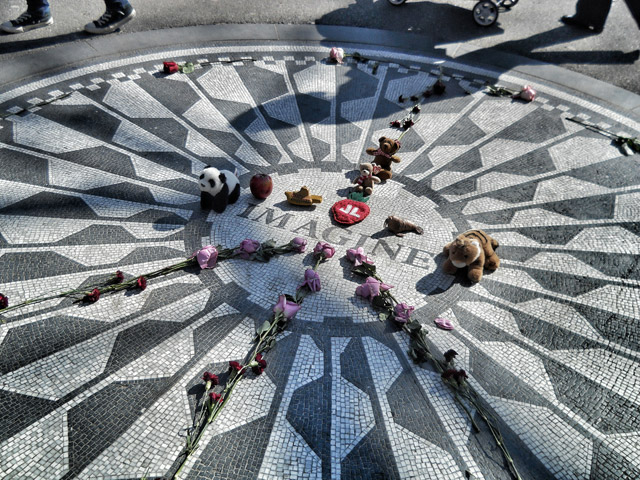 I’ve never been a fan of John Lennon or the Beatles, but standing where his life ended during my trip to New York in 2012 was an incredibly sad and profound experience.

Here, the world lost a powerful artist, a sonic shaman. Someone who could truly move the world.

Much more to it, guy. Chapman not christian at all said friends. And bullshit re john’s wealth. Ever hear of MK Ultra? The CIA psyop torture makes manchurian candidates or manchurian assassins, think bourne. Chapman disappeared for a few weeks. When back, all knew something had been done to him. Playing the white album’s lennon cuts at top volume, cops called daily. In the 72nd street underground he spots lennon neighbor james taylor. Says to tell john he’s got a present for him, then starts speaking gibberish, eyes rolling around, spittle foaming out, taylor split and quick. J edgar hoover… Read more »