Thailand’s first serial killer Si Quey was executed for killing six children and eating their organs. 60 years later, some believe he may not have been the cannibal killer police claimed he was. After decades of public display, the Bangkok bogeyman’s mummified remains have finally been given a proper funeral.

Si Quey is the bogeyman of Bangkok that generations of Thai children were threatened with.

“Don’t go out at night,” parents warned, “or Si Quey will get you.”

Or “If you don’t behave, Si Quey will eat your liver.”

But this child-eating monster wasn’t just a tale made up to frighten children into obedience.

Si Quey (sometimes spelled Si Ouey) was a real person, a Chinese immigrant who is regarded as Thailand’s first serial killer. He is known as a child murderer and cannibal with a taste for hearts and livers. For decades, you could even visit his body on display at the Siriraj Medical Museum. 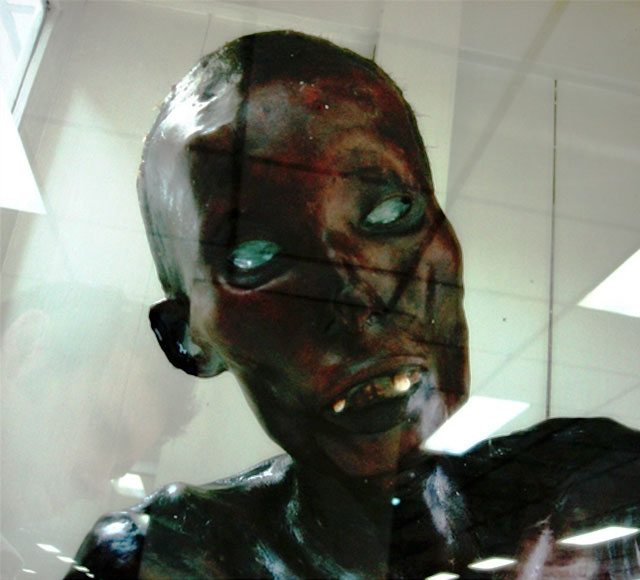 Si Quey was arrested when Bangkok police found him burning the body of a missing 8-year-old boy in 1958. Not only had he murdered the child and attempted to destroy the evidence, police said he ate some of it.

During questioning, police claimed Si Quey admitted to the murder of six missing children. He removed their organs, boiled them, and ate them.

Newspapers printed gruesome stories with lurid details about Si Quey’s past. He acquired his taste for human flesh, they wrote, during his time as a soldier in WWII. As a member of the Chinese military, he fought the Japanese on the island of Hainan, where his commander instructed the men to eat the livers of their dead enemies. As the center of the human spirit, the liver was believed to possess regenerative powers.

Si Quey started a new life in Thailand after the war, where he lived in poverty and worked various general labor jobs such as gardening. He was a hard worker, and those he was close to tended to consider him family. 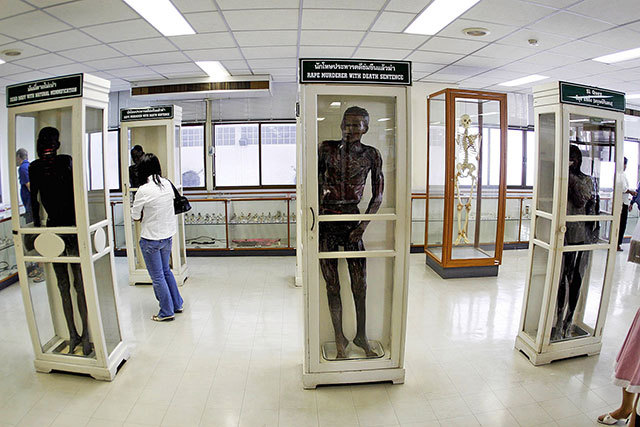 His body was taken to the Siriraj Hospital for study. Like similar deviant crimes of the 19th and 20th centuries, medical professionals wanted to examine Si Quey’s brain for defects or abnormalities that might explain his extreme behavior.

Afterward, his body was embalmed with paraffin wax to prevent decomposition and displayed upright in a glass case that resembled a phone booth. Bullet holes and autopsy incisions were still visible.

The sign on the case said, “Si Quey, Cannibal” – a warning to other would-be cannibals that you, too, could end up being gawked at by decades of school field trips.

Take a look inside the head of German serial killer Peter Kurten, the “Vampire of Dusseldorf” who drank blood from his victim’s wounds.

Public sentiment about the display of dead convicts in Thailand has changed in recent years. Many believe that even criminals deserve better than the indignity of public exhibition.

Could a poor man who barely spoke Thia travel across the country committing murders without being noticed? Was everything translated properly during the interrogation process? How did the anti-Chinese sentiments of the time influence the case?

More importantly, how did the body of one of his victims whose organs he ate…still have all of its organs?

In 2018, Pharaoh Chakkraphattranan started an online petition to stop labeling Si Quey as a cannibal, and to give him a proper funeral.

Pharoah, who had been warned about Si Quey as a child and had seen the display at the Siriraj museum, felt differently about him after watching the documentaries.

“Before I just thought I was looking at a man-eater,” Pharoah said, “now I see a victim who was stripped of his rights and dignity. Whether or not he committed the crime, his body shouldn’t be displayed in the glass box.”

Siriraj responded to the growing movement by first removing “cannibal” from the sign in 2019, then later removing the mummified body from display altogether. 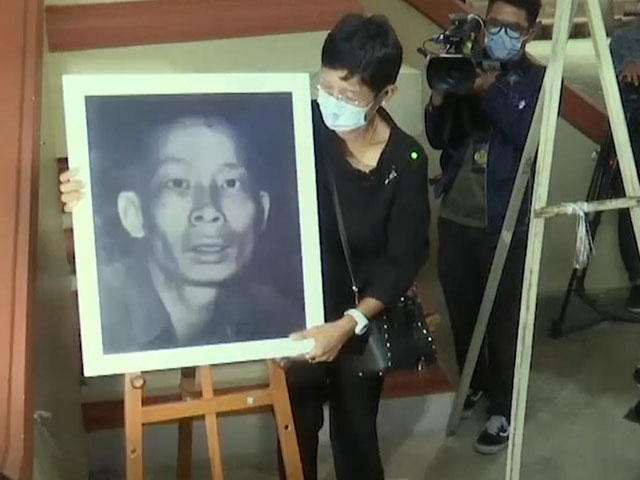 Thailand’s notorious bogeyman was finally given a proper funeral on July 23, 2020.

Buddhist monks at the Wat Bang Praek Tai temple, near Bang Kwang Prison where Si Quey was executed, chanted prayers and placed paper flowers on his coffin before it was placed in the crematory.

Residents of the village where Si Quey had lived were in attendance.

“Villagers spoke of him as a good person,” Wannapa Thingchin said at the funeral. Her parents had employed Si Quey, and they always told her he was innocent. “It made me feel sorry for him. It was as if he was being tormented, so we had to find a way to bring him out from the glass box.” 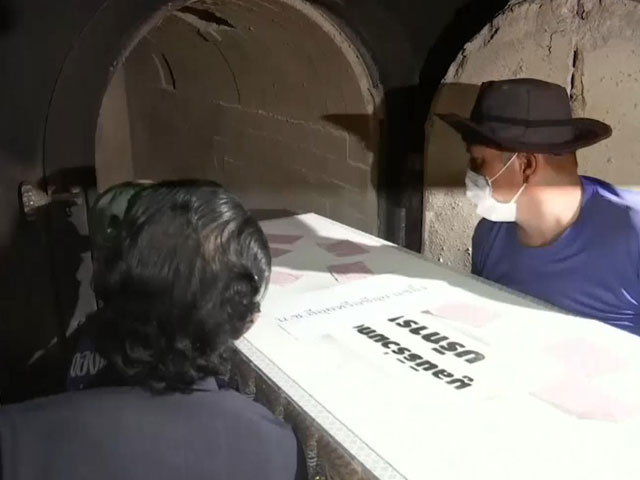 Si Quey’s coffin being loaded into the crematory