The (Replica) Shroud of Turin at Holy Hill National Shrine

A replica of the controversial Shroud of Turin, a piece of cloth seemingly imprinted with the impression of the corpse of Jesus, at Holy Hill basilica in Wisconsin.

A few weeks before the coronavirus forced the closure of the world until further notice in March 2020, I made a pilgrimage to a local Catholic shrine called Holy Hill (a revered place known for its ghosts and mysterious healing properties) to view a life size replica of one of history’s most curious relics: the Shroud of Turin.

The resurrection of Jesus was cancelled that year, so it seemed like a good time to revisit that trip. If you’re looking for answers to important questions like who actually made the shroud, why the hell do people worship objects (including replicas) they think has Jesus’ face on them, and what’s wrong with humanity…you won’t find them here.

But I would like to note that every time I encounter stories of strange objects or fantastic events in my research that it seems no one would be absurd enough make up, I remind myself of the lady with the haunted toaster, who clearly went through a lot of effort to convince a television crew that the devil was living inside her otherwise unremarkable kitchen appliance. Whoever produced the Shroud of Turin is the medieval equivalent of the toaster lady. The only difference is Satan’s toaster doesn’t have a devoted cult following. But I bet praying to the toaster would have the same effect. 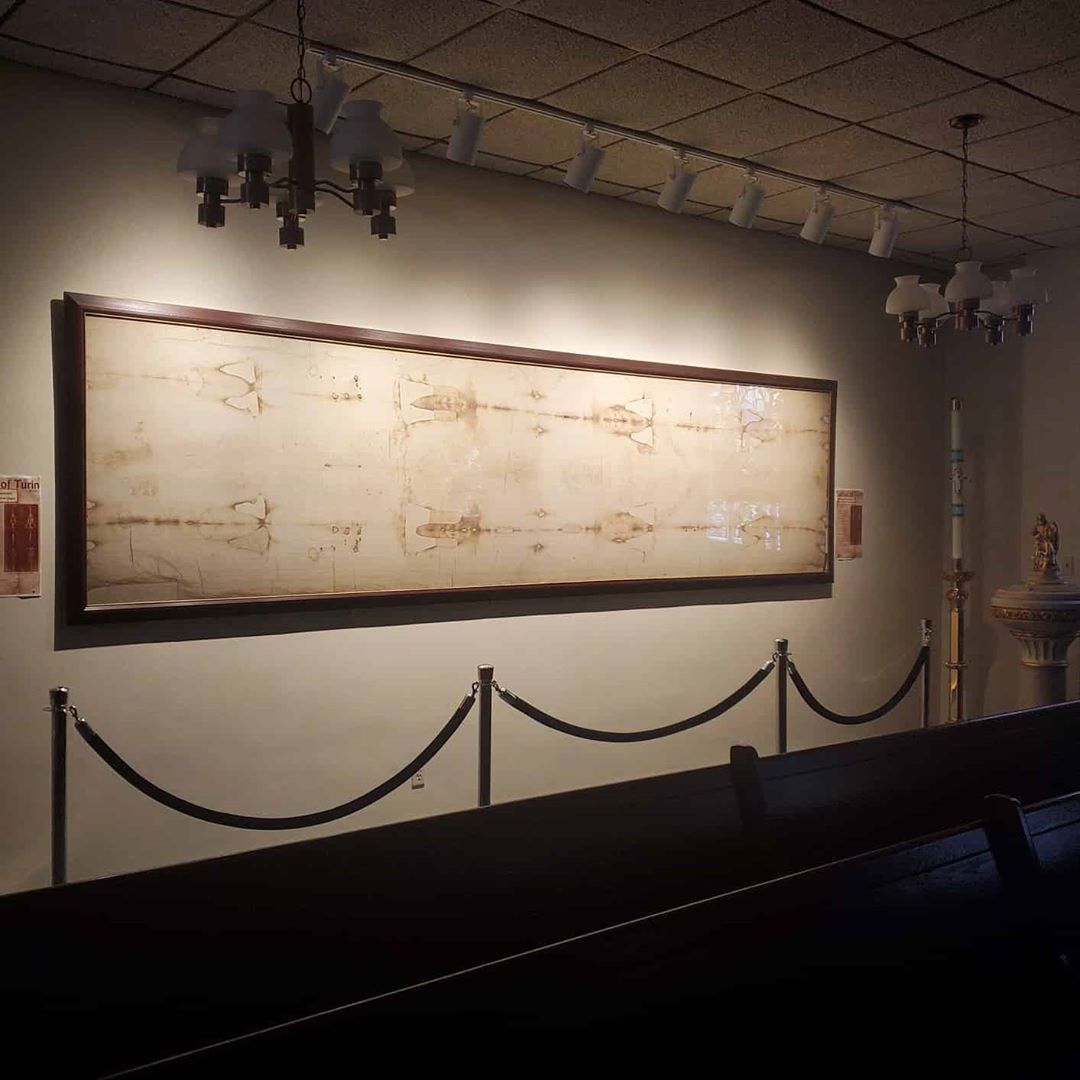 What is the Shroud of Turin

The Shroud of Turin is a 14-foot piece of linen believed by many to have been the burial shroud of Jesus Christ. The cloth is stained with what appears to be the negative image of a man’s full body with wounds corresponding to those of crucifixion.

He is known as the “Man of the Shroud.”

The shroud has been in Turin since 1576, when it was moved from Milan during a plague outbreak so an archbishop could visit it without risking his health.

While Carbon-14 testing dates the shroud to somewhere around 1260 to 1390, some researchers insist that is merely indicative of a restoration in the Middle Ages.

The Catholic church doesn’t support or reject claims of the shroud’s authenticity.

“The Shroud is an image of God’s love as well as of human sin,” Pope John Paul II said in 1998 during a visit to Turin Cathedral to mark the 100th anniversary of the first photograph of the shroud. “It is an icon of the suffering of the innocent in every age.”

So authenticity doesn’t really matter. It seems to be a running theme throughout the history of the church.

The Shroud of Turin was approved in the devotion to the Holy Face of Jesus in 1958, joining the “Veil of Veronica” and the “Holy Face Medal” in officially recognized objects containing the visage of Jesus. Organizations such as the Holy Face Association and the Institute of the Holy Face are dedicated to the study and veneration of these objects. 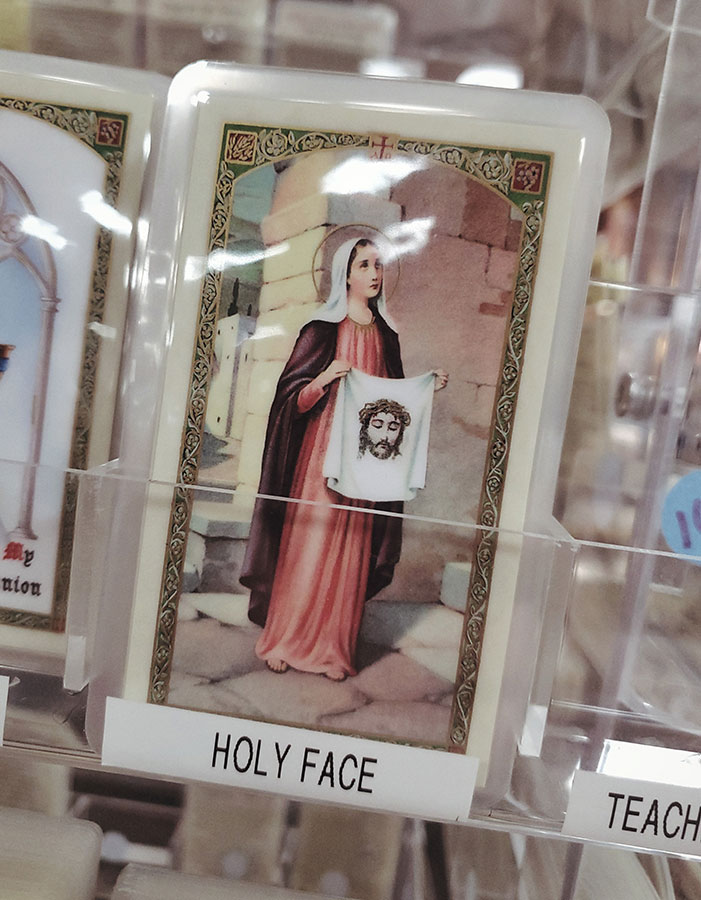 Sadly, the various pieces of toast, pancakes, fruit, socks, bathroom mold and other mundane objects upon which Jesus has miraculously appeared, don’t seem to make the cut in what the church approves for the “contemplation of the Face.” 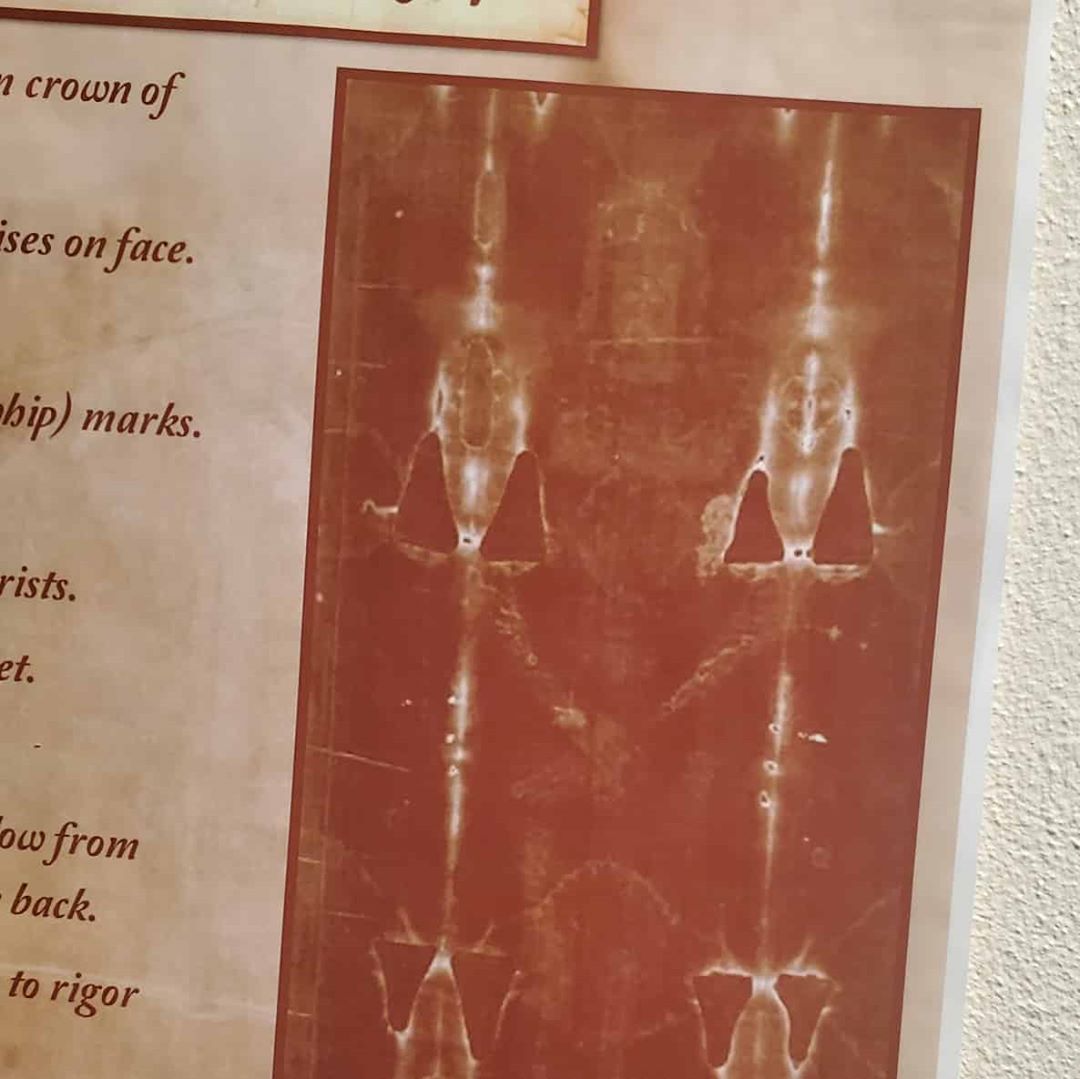 According to the pamphlet you get at the Holy Hill exhibit, the marks on the cloth show the following details:

“The mysterious image is the result of dehydration and oxidation of the cellulose fibers composing the linen,” it says. “There is no known artistic process used in the Middle Ages that could account for the image.” 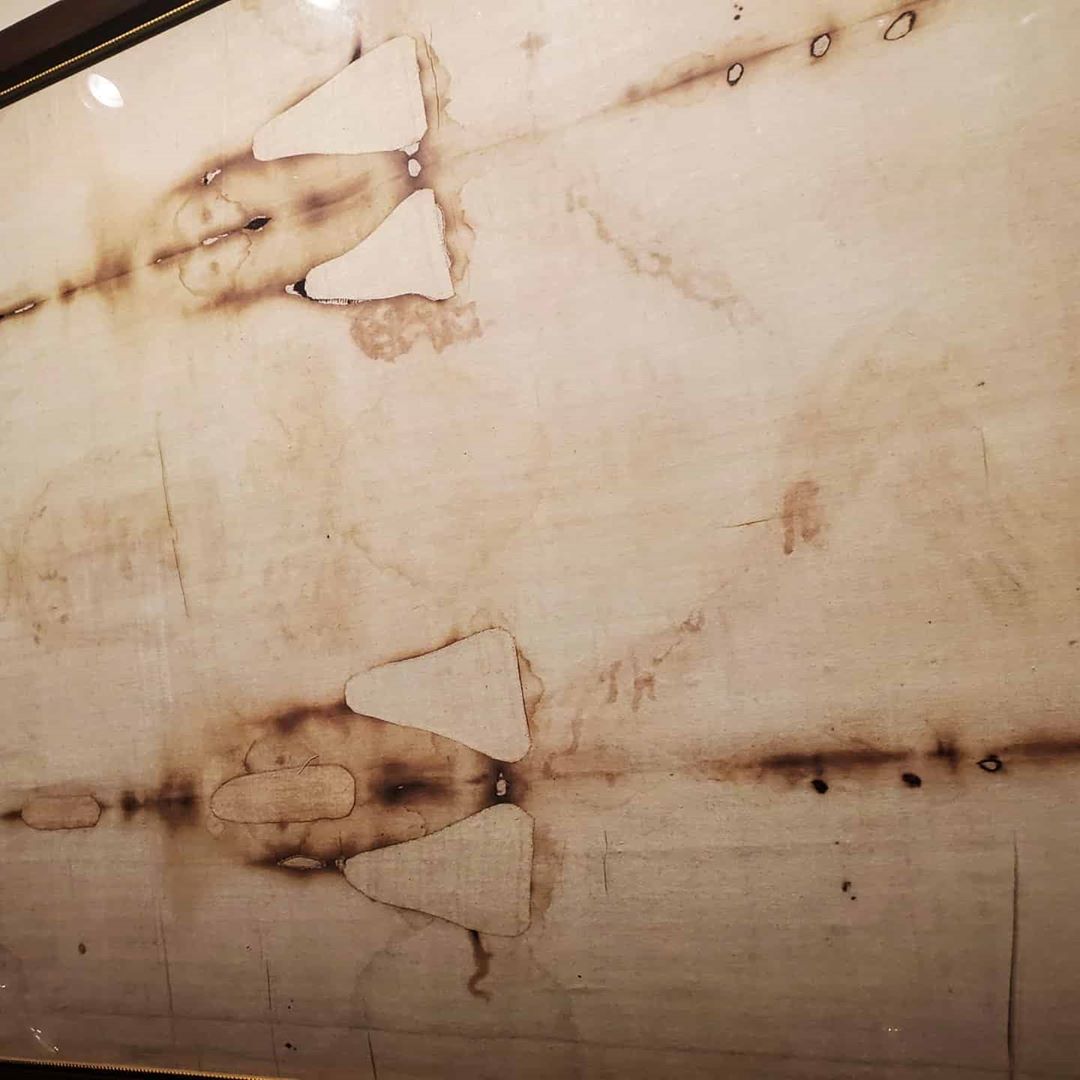 The dead body of Jesus imprinted on the shroud? 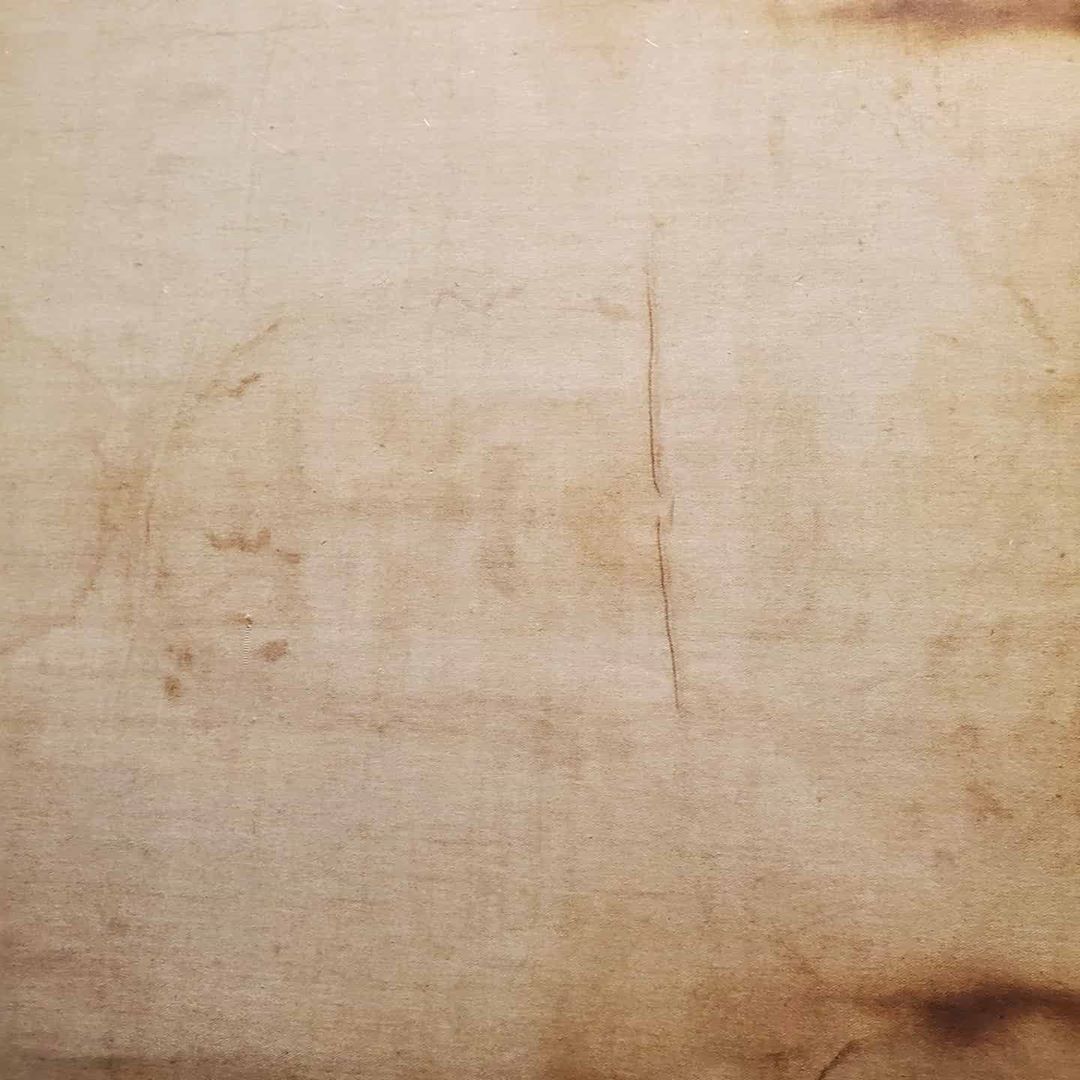 Impression of a bearded face 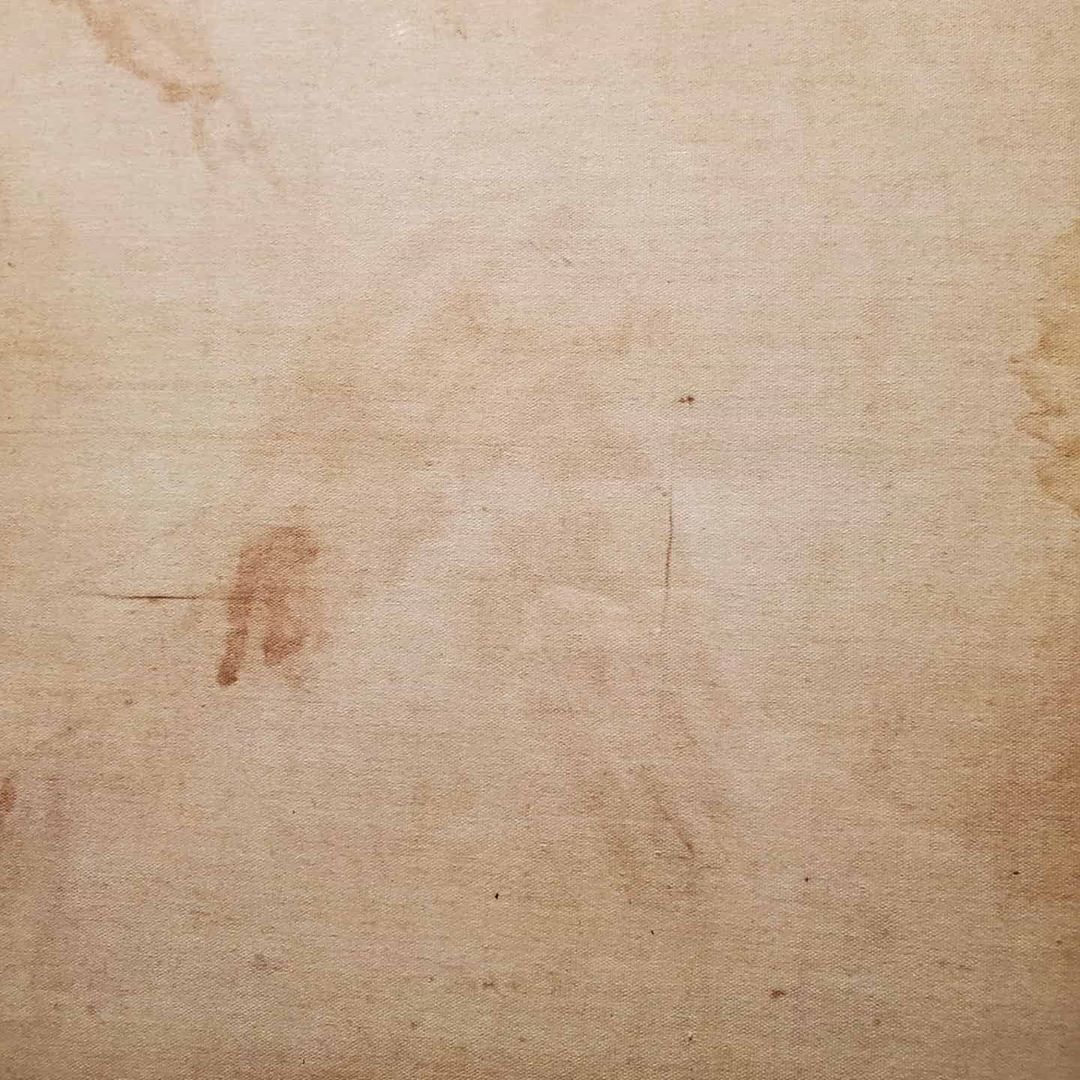 In 2018 researchers unveiled a 3D sculpture of the Man of the Shroud created from precise measurements of the image on the cloth:

The reliquary where the original Shroud of Turin resides today is only opened to the public for rare, special occasions such as Easter. Since COVID-19 forced the closure of churches in 2020, however, the shroud was presented online for the first time ever, as viewers around the world prayed to the livestream for the end of the pandemic.