This guy built a real human skeleton guitar from the bones of his deceased metalhead uncle. He calls it the Skelecaster. 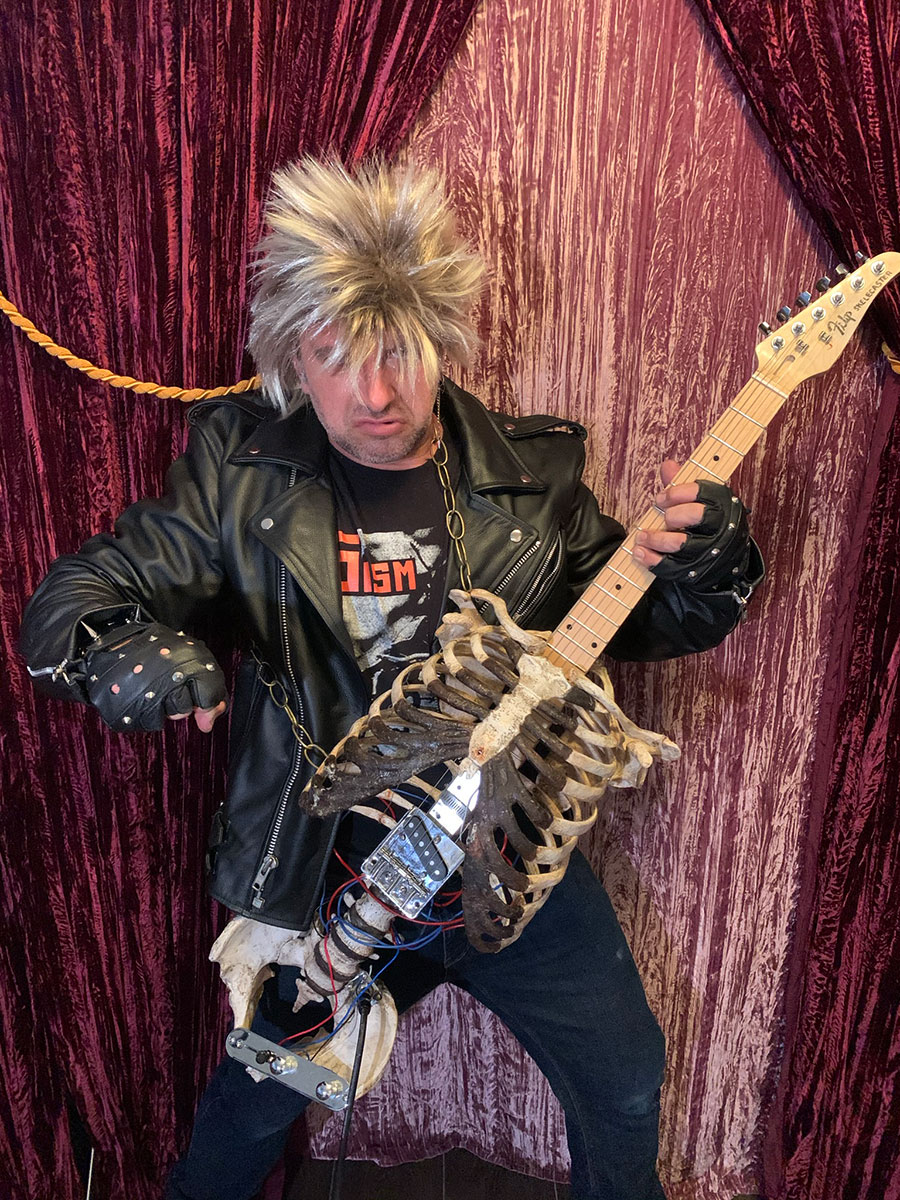 This unique guitar looks metal AF, as it should, since it may be the only one in the world made from real human bones.

This macabre axe was built by Yaago (Prince Midnight on Youtube) to memorialize his headbanging uncle in the most unique and metal way possible: He used his mortal remains to build a working electric guitar. 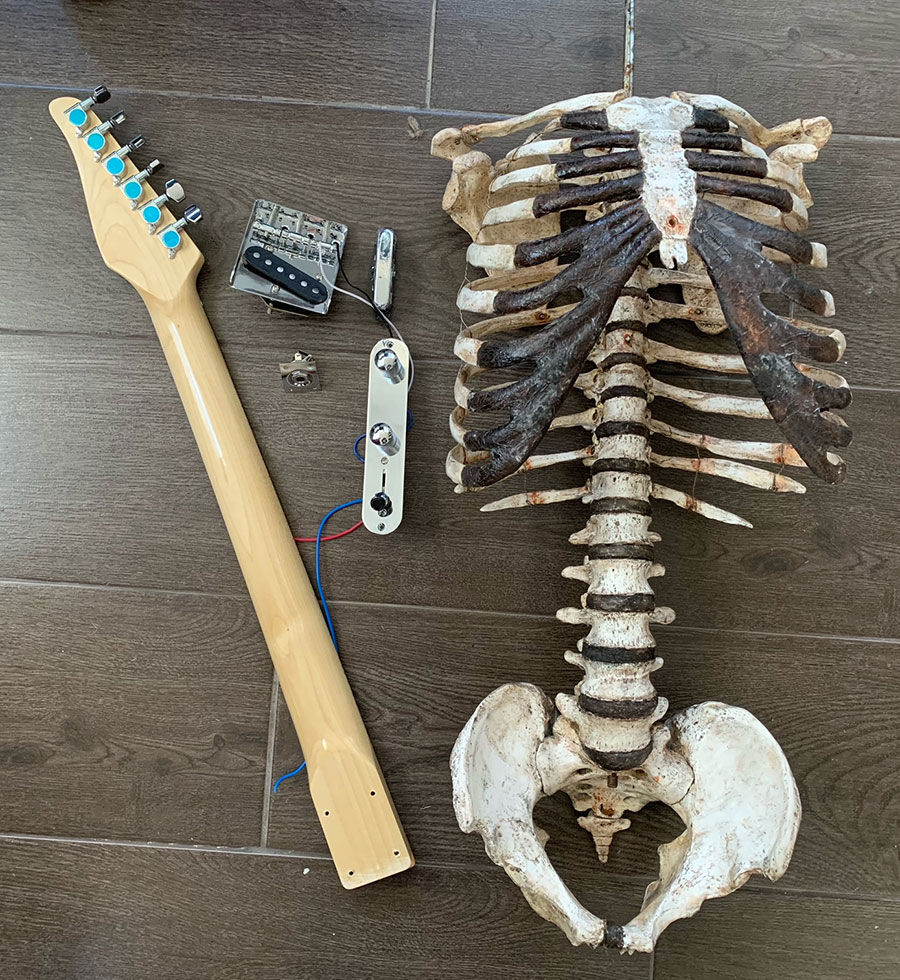 “My uncle Filip died in the 90’s in Greece,” Yaago says. “He originally donated his skeleton to the local collage and was medically  prepared for the school. After 20 years, he ended up in a cemetery my family had to pay rent on. Like, literally in a wooden box. It’s a big problem in Greece because orthodoxy religion doesn’t want people cremated. So, I went through the channels (state department, etc.) to repatriate his remains.”

Filip eventually arrived on Yaago’s doorstep. But then what?

“I got the box of bones from Greece and didn’t know what to do at first. Bury them? Cremate them? Put them in the attic? All seemed like poor ways to memorialize someone who got me into heavy metal,” Yaago says. “So, I decided to turn uncle Filip into a guitar.”

Of course, turning people into instruments is a little more complicated than it sounds. 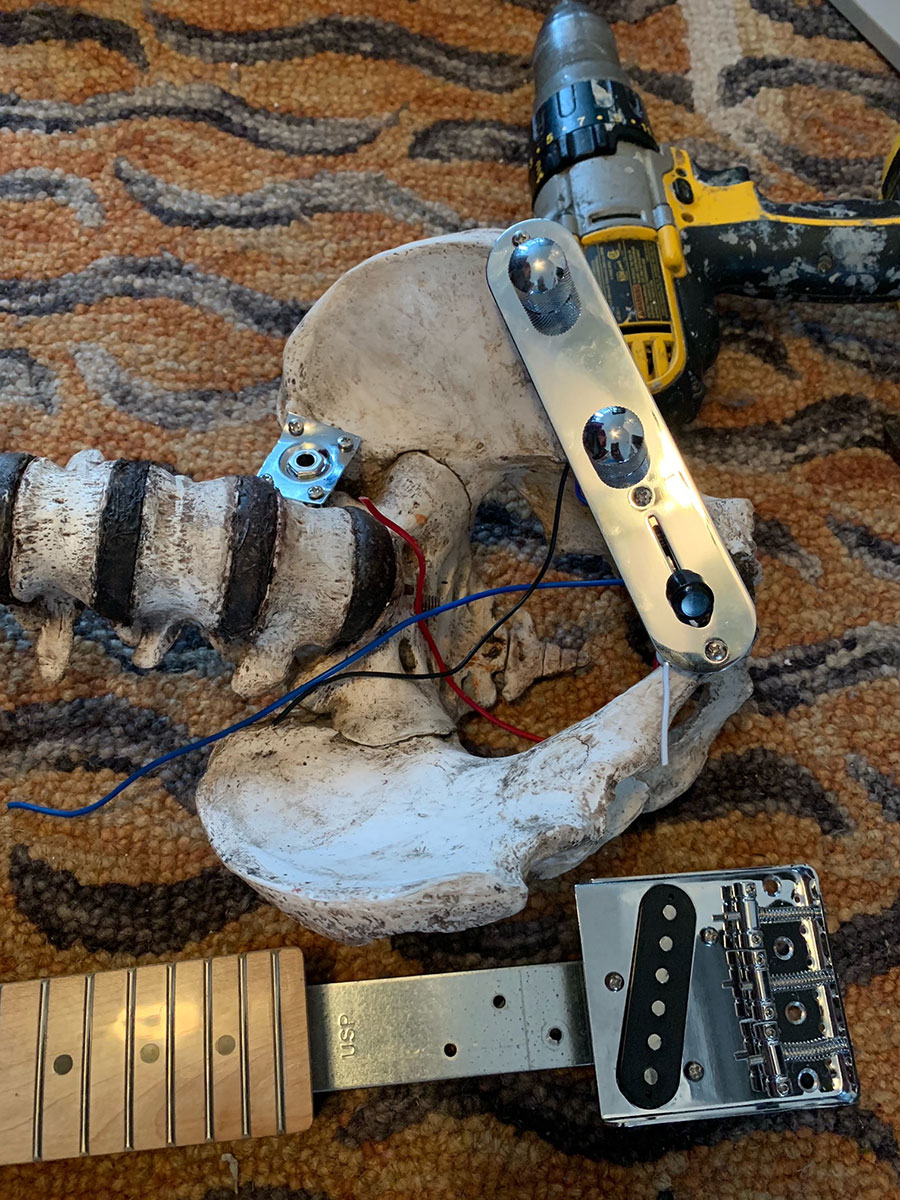 “I did a lot of research and no one has ever made a guitar out of a skeleton. So, I did it. I started out consulting with two guys in Dean Guitar’s wood shop in Tampa but they got cold feet.”

Using Uncle Filip’s ribcage, spinal column and pelvic bone, along with hardware from a Fender Telecaster, Yaago figured it out on his own.

There are no books or tutorials explaining how to convert a human into a six-string, of course, so Yaago ran into a few snags along the way.

He originally planned to mount the bridge directly onto one of the vertebra in the spine, assuming the metal rod inside would be support it.

But it didn’t work out as planned.

“Unfortunately, I broke two vertebrae and the whole thing ended up being far too rickety.”

He added steel plates to help support it.

Another thing Yaago didn’t anticipate was the smell.

“Drilling into the bone was incredibly bad smelling,” he says. “Similar to burning hair.” 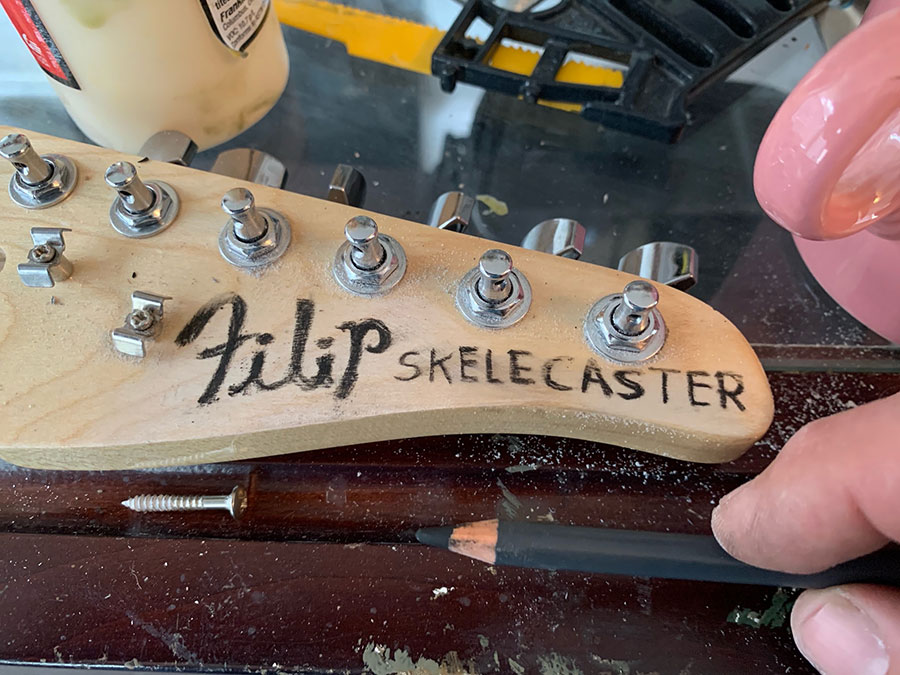 Yaago recently completed the bone guitar. He dubbed it the Filip Skelecaster.

“I’m super proud of the project and how it serves to honor him, his life and his influence on me,” he says.

“Now uncle Filip can shred for all eternity. That’s how he would want it.” 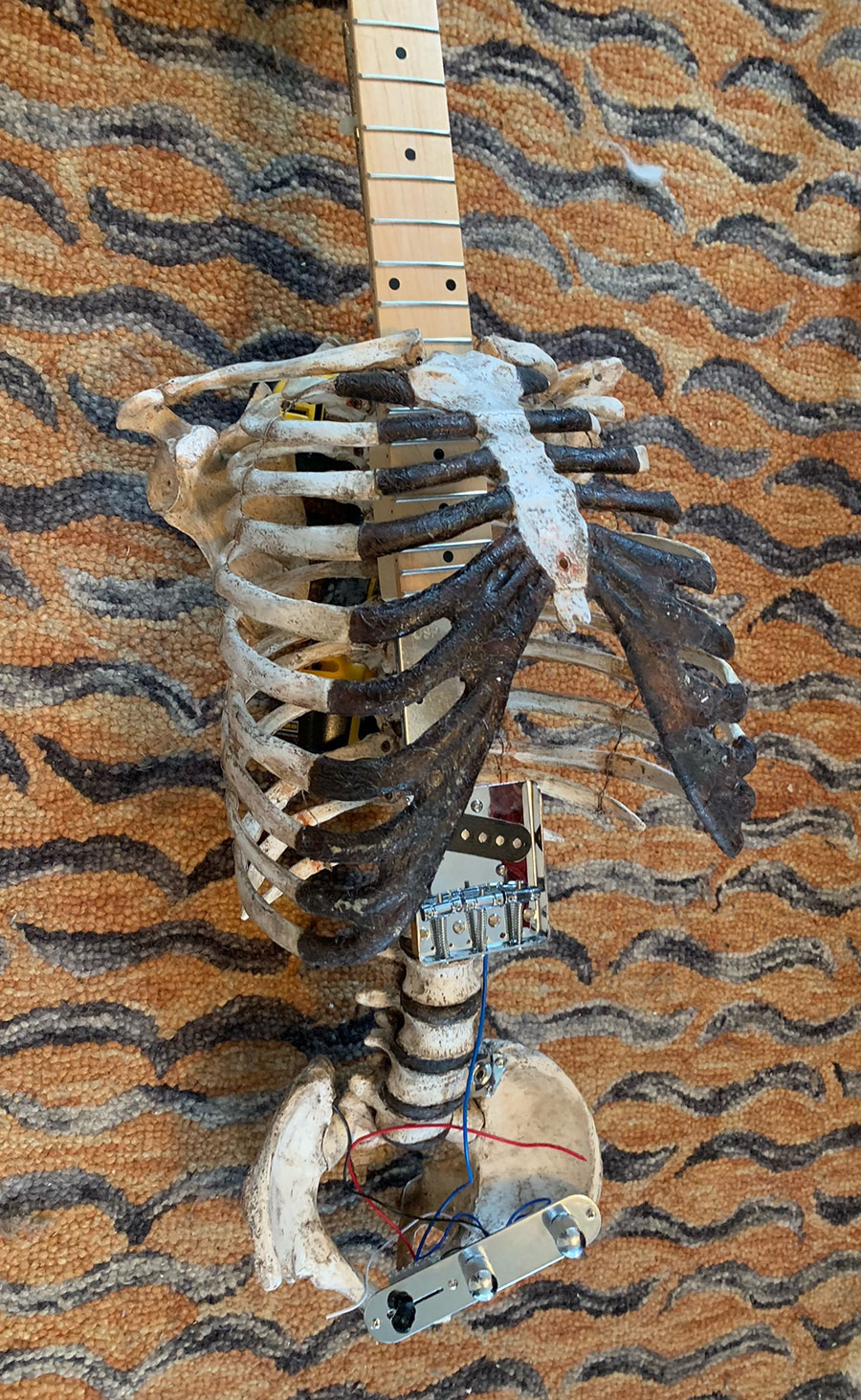 Shame he cant play 2 save his lufe

That’s a female pelvis. Look at the angle of the sacrum.

When I die, THIS is what I want to be. Screw being buried, I WANNA BE A GUITAR!! HELL YEAH!!