Search teams used rescue dogs to find teens who were lost underground in the Paris catacombs for three days. 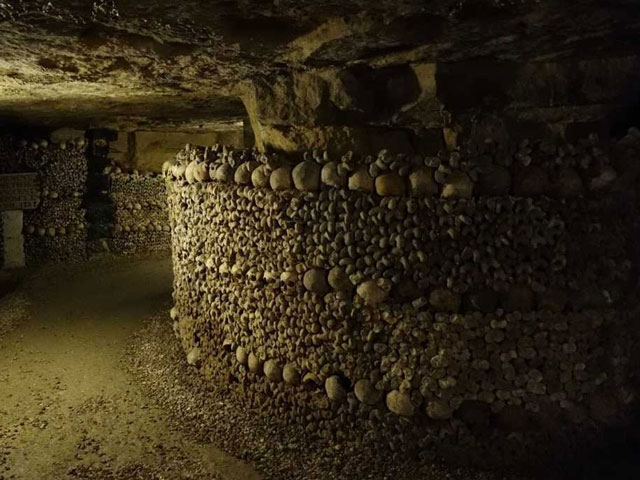 The Guardian reports two teenagers were rescued Wednesday morning after being lost in the sprawling catacombs of Paris for three days. Search teams used dogs to sniff them out in the narrow tunnels beneath the city filled with bones.

The catacombs were originally mining tunnels dating back to Roman times, where much of the stone was quarried to build the city. By 1786 Paris cemeteries had become so overcrowded from centuries of burials dating back to the middle ages that it had become unsanitary. The decision was made to begin clearing out the cemeteries around the city to prevent disease caused by increasing numbers of incompletely decomposed bodies. The remains of some six million burials were exhumed and transported down into the mines, transforming the subterranean depths beneath Paris into the world’s largest ossuary.

There are approximately 1.2 miles of catacombs open to the public for tours during regular museum hours, leaving another roughly 170 miles of dark, weaving passages that have been closed and illegal to enter since 1955. But anyone ambitious enough to track down one of the secret entrance points throughout the city can easily gain access to the off-limits passages.

Over the years the catacombs have been used as a Nazi bunker, a clandestine movie theater, a Halloween night Airbnb, and more, but most who enter seem to find their way back out. 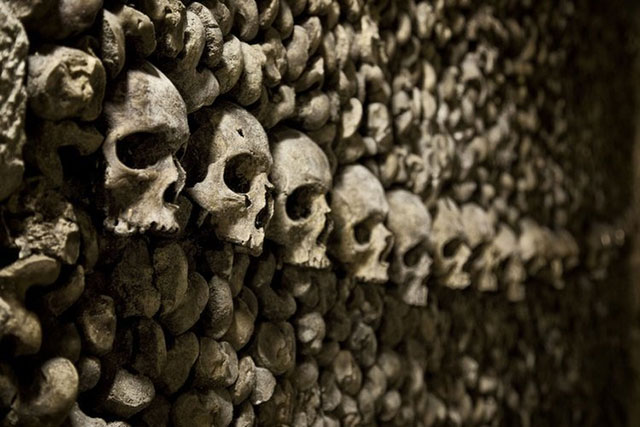 In October 2016 surfer Alison Teal decided to surf the catacombs in a pink bikini as a stunt with her video crew. They climbed down a drain at night, through piles of bones, to a secret spot where Teal paddled through a tunnel filled with freezing water. “Skulls lined the walls and it smelled horrid,” she said. “As soon as someone turned a corner, you had no idea where they went.”

The stunt took a dangerous turn when they realized the water was rising, blocking the tunnel’s entrance. The crew had to swim back the way they came to escape, with only a small gap at the top of the tunnel for air. Afterwards, Teal said it was dangerous and she wouldn’t encourage others to try it. “The place is a maze,” she said. “Just one wrong turn and you’d be lost for good.”

That is likely what happened to Philibert Aspairt, who disappeared in 1793. Aspairt was a doorkeeper at the Val-de-Grâce hospital during the French Revolution. For reasons unknown, he decided to descend a staircase in the hospital’s courtyard that lead down into the catacombs. His body was discovered 11 years later.

While there may be many more bodies waiting to be found in the catacombs, the two teens rescued Wednesday were lucky to not meet a similar fate. They were immediately taken to the hospital and treated for hypothermia, however, due to three days in tunnels with an average temperature of 59 degrees.

Spend Halloween Night in the Catacombs of Paris